'So many questions' over leaked examination of accused in Clarendon massacre 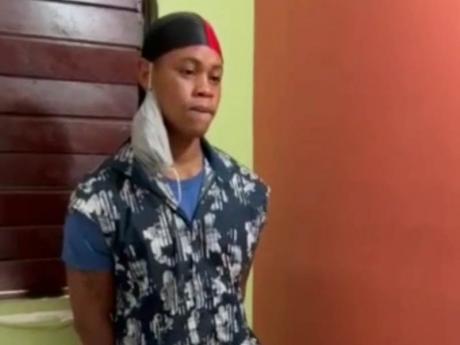 Harris: "Why are JPs actively participating in the violation of this man's right to remain silent, right to privacy,  breach of doctor  client privilege, etc..." A screen grab from a portion of Rushane Barnett's medical examination that was video-recorded on July 1, 2022.

The lawyer representing Rushane Barnett, the 23-year-old man accused of murdering a mother and her four children in Clarendon, is angry about a video-recorded medical examination in which her client contradicted his claims that he had been assaulted by cops.

Tamika Harris, who was assigned by the court, said she will be complaining to the Custos of St Andrew, who oversees justices of the peace (JPs) in the parish, and the Medical Council of Jamaica, the regulator for the medical field.

"I would also like to know who recorded and posted this to social media. Recording a prisoner?" she said, adding: "I have so many questions."

"When was this live and public medical examination done? Who commissioned this? Why are JPs actively participating in the violation of this man's right to remain silent, right to privacy,  breach of doctor-client privilege, etc ... . Why is this man stripping on Instagram? What right is the JP protecting? Etc."

"Me never been hit by none a dem," he answered Cooke who asked whether he has been beaten since he being at the Half-Way Tree lockup in St Andrew.

During his court appearance on Tuesday, Barnett told the judge: "A bare threaten dem a threaten me still, and a lick mi inna mi back and dem stuff deh."

At the examination Friday, he complained about a pain he said he had before he was taken into police custody. But he suggested that when he spoke to cops about it, they ignored him.

Barnett also said police officers have threatened to hit him with their baton.

The JPs later requested the removal of his shirt and pants for a physical inspection, with which he complied.

Cooke confirmed that the examination took place Friday and that a report has been sent to the Independent Commission of Investigations, the commissioner of police, and the director of public prosecutions.

He explained that it was not unusual for some examinations to be recorded but he said, in this particular case, "for somebody to leak the documentation, it is just wrong".

Cooke said he has checked with the other JPs who participated and they did not have the video.

"In an already inflammatory situation, for somebody to do that ... it just adds fuel to the fire," he said.

Cooke added: "We perform a service, as justices of the peace; we try to ensure that, people, though incarcerated for the moment, their rights are balanced. ... Anybody is innocent until proven guilty."

He said the JPs were accompanied by police personnel.

Cooke declined to go into details about his final report or the examination.

Barnett, a relative of the victims, has been charged with five counts of murder.

Director of Public Prosecutions Paula Llewellyn says her office will seek the death penalty if Barnett is convicted.