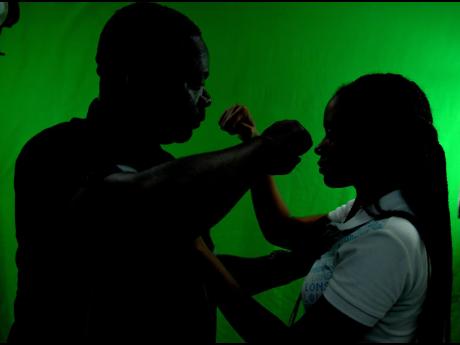 Stakeholders in Manchester are making greater efforts at collaborating with residents as they seek a better understanding of the triggers of domestic violence, with the aim of implementing early intervention to help to curb the problem.

At a forum hosted by the Mandeville Baptist Church on assessing the causes and solutions for addressing domestic disputes in the parish on Wednesday, probation officer at the Manchester Probation Office, Francine Roberts-Vassell, said there has to be more than just talk.

“If this issue of domestic violence is not dealt with in a manner that is sufficient, then this type of abuse will continue with no ending …,” she warned.

Mediator at the Dispute Resolution Foundation and retired inspector of police, Louis Brown, who presented at the forum, indicated that, though there needs to be collaborative efforts to alleviating the issue, there are those whose actions sometimes are counterproductive.

“A victim who was traumatised went to her pastor and the pastor told her to pray more. She came to the dispute resolution centre after the accused was charged …. When victims come and speak to their pastor, their elders, that they are being abused, yes pray. But they are to be directed to the authority for action to be taken,” he advised.

Brown said individuals should be observant, as perpetrators and victims of domestic abuse often exhibit physical and mental signs.

“You see all of a sudden a woman coming to work in long dresses, scarves and there are bruises under her eyes. The neighbours hear noise next door and do nothing. Most times, if early intervention was effected, we could have saved thousands of lives per year,” he said.

With domestic dispute listed as the main cause of a growing number of killings in the country, family psychologist and marriage and family therapist Dr Sheriffa Colquhoun indicated that, in her 15 years of dealing with domestic violence cases, perpetrators often act out because of unresolved trauma.

“I see a lot of trauma. Our world is filled with trauma, we have normalised trauma and more and more I see the cases coming out in clinical symptoms, through Post Traumatic Stress Disorder (PTSD). This involves mood swings, flashbacks, nightmares and aggression and depression,” she said.

She added: “What we need is more self-regulation skills, because people don’t know how to soothe themselves anymore. We live in a very stressful time and problems are all around. But, as they come, we have to learn how to manage them. We need greater awareness of mental health challenges.”

However, public health specialist Dr Michael Coombs, while underscoring the importance of the church and school in the socialisation process, said violent behaviour is learnt and families will have to place a greater role on teaching children the fundamentals of conflict resolution, through the programmes being offered from private and public entities.