We must guard our democracy against Johnson 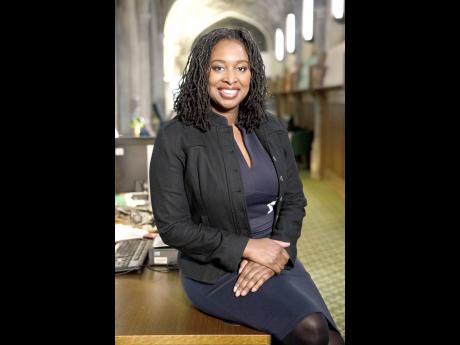 The Conservative Party recently had the chance to finally do the right thing and remove Boris Johnson from office.

They failed to do so.

In the end, after everything we have seen from this prime minister, 211 Conservative MPs decided that they still have confidence in Boris Johnson to lead the country. If you believe that, then I don’t think that you’ve been paying attention.

Over the years, the Conservatives have shown us their true colours, and it’s time we believed them.

A Tory MP, Bob Seely, admitted that he voted in favour of the prime minister in the ‘no confidence’ vote after previously securing a review into funding for his local council last February.

This unfair practice isn’t what politics should be about.

Tory donors who have given the party more than £18 million pleaded with Tory MPs prior to the vote not to remove the PM. Donors should not be deciding who the prime minister is – that is what elections are for.

It is extremely worrying for our democracy if rich, unaccountable donors are the ones with power.

The shady tactics didn’t end there, either. All 359 Conservative MPs voted - many by proxy.

Yet, when I – among other MPs – pleaded with the Conservative leader of the House, Jacob Rees-Mogg, to allow MPs with long-term health conditions to vote by proxy earlier this year, we were flatly rejected. Rees-Mogg claimed that proxy votes would be used for ‘trivial reasons’ – meaning MPs wouldn’t take the vote itself as ‘seriously’.

While recovering from cancer treatment, I’ve had to miss critical votes in recent months, as have other MPs, because I wasn’t allowed to have a proxy vote or vote remotely. The technology exists for remote voting, but the Tories will not allow it.

This is the arrogance and self-interest of the Conservatives. One rule for them, and another for the rest of us.

When it comes to the 211 Tory MPs who voted for Johnson, the first thing to do is discard the government payroll votes – these MPs are expected to vote in line with the party, or else they would need to resign – of which there’s estimated to be between 160-170.

It was extremely unlikely that any of them would publicly speak out against Boris Johnson; after all, some of them will never get another job in government – especially after the incompetence some have shown in their current roles.

For the non-payroll MPs, I can’t help but wonder: what is it that endears them to Boris Johnson? Is it the incessant lying? Is it the illegal proroguing of Parliament to avoid scrutiny on his Brexit deal? Is it the fixed penalty notice fine for breaking his own COVID-19 laws?

Or is it the near 180,000 deaths resulting from the COVID-19 pandemic under his leadership? Or maybe they are a little bit in awe that someone so unsuited to the role of PM has made it so far?

The fact that the Tory Party can witness the events of the last three years and decide that this man is still fit to govern the country is bewildering. But the real question is, how long can he hold on?

There are rumours that the 1922 Committee may change the rules to reduce the usual one-year grace period – as it stands, another ‘no confidence’ vote against Johnson’s leadership cannot be made for another 12 months. Johnson should be used to those particular tactics, having just changed the ministerial code - rules over which he governs.

So, I don’t think that Johnson should start relaxing just yet. When you look at his predecessor, Theresa May, she ended up having to resign just six months after winning her own vote of confidence – with a higher vote share than Johnson.

Even if he manages to cling on for longer, the public will make their judgement at the ballot box. And I get a strong feeling that the public are seriously waking up to who these Conservatives are and refuse to be conned any longer.

When I stood up last July in the House of Commons and called Boris Johnson a liar, I was asked to leave the estate. Although it was nerve-wracking, I don’t regret doing it – but it now feels so much better knowing that the country, hopefully, now sees him for what he is.

I hope that the Tory Party realises that this isn’t a game; that we are now facing a cost-of-living crisis like we have never seen before, and that will mean people will be cold and hungry.

It is predicted that crime will rise as a result, with people shoplifting food to eat, so it’s vital we have a government that is progressive and truly cares for the people. That means electing a Labour government at the next election.

In the meantime, our job as MPs must be to hold the government to account.

I am trying to secure a debate in the Commons to strengthen the ministerial code to make the Committee on Standards responsible for deciding whether alleged breaches have taken place, rather than a prime minister. This would be a fair, politically balanced disciplinary process – no matter which party is in office.

My Early Day Motion on this subject has secured 105 signatures from across nine different parties, so there is clearly strong cross-party support for such a measure. All that it takes is a few more Conservatives to support it, and we will be able to strengthen the ministerial code for ministers of all stripes.

Boris Johnson is a warning to our democracy, and the United Kingdom’s rules are not robust or secure enough to cope with a despot like Johnson – so it is our job as parliamentarians to strengthen our democracy for generations to come.

Dawn Butler is Labour member of parliament for Brent Central and writes a monthly column for The Weekly Gleaner .