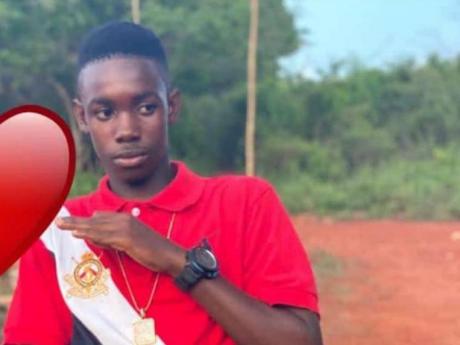 According to the sources, the teen heard screams coming from his mother's shop, ran to investigate and was shot. -Contributed photo.

A 15-year-old boy was shot and killed in Turner Top district in Manchester last night.

He has been identified as Vesteroy Sinclair, also known as 'Jay', who was a student at New Forest High School in the parish.

Gleaner sources disclosed that the teen was shot some time after 9:00 p.m. during a robbery at a shop his mother operates in the area.

According to the sources, Sinclair heard screams coming from his mother's shop, ran to investigate and was shot.

"Our people are extremely pensive and traumatised by the spate of events happening in our area. Every form of criminality is plaguing our space; robberies, rape and now another murder. It cannot be business as usual," Robinson told The Gleaner.

Robinson is calling for the Government to implement better strategies to improve the safety and security of citizens.

"We continue to call for more resources at the Alligator Pond Police Station. They still need more personnel and more units," Robinson said.

A man was also shot and injured at the Juici Plaza along Manchester Road yesterday afternoon.

He remains in hospital.

Up to June 26, a total of 20 people have been murdered in Manchester.

The figure represents a 53.8 per cent increase when compared to 13 murders for the corresponding period in 2021.