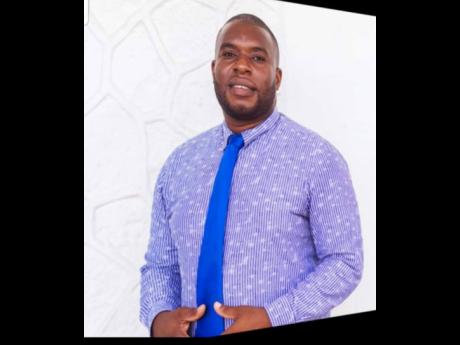 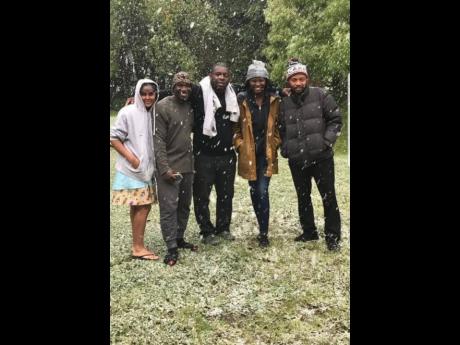 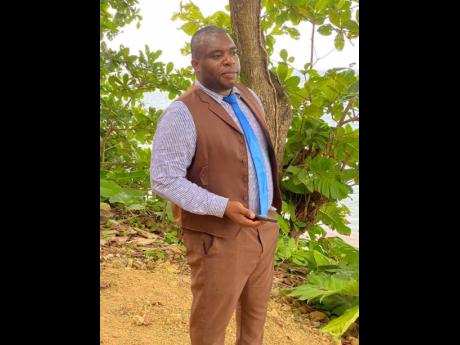 Ministerial student Kevar Brown had just one semester left to complete his degree at Northern Caribbean University (NCU) and the man of God had a bright future ahead. The ninth of 10 children, he would have been the first person in his family to graduate from university. However, everything changed abruptly on Father’s Day when Brown collapsed at the pulpit while officiating at the funeral service for his beloved aunt, Curline Brown. He died on the way to the hospital from what the autopsy report revealed was a heart attack.

His sister, Maxine Davis, was among the mourners inside the Orange Bay Seventh-day Adventist Church in Portland when the events unfolded, and it was in her lap that Brown took his last breath. Davis and her brother were best friends, and although she had seen several clips of him preaching, Father’s Day would have been the first time she would see him preach live.

“My brother went up to the pulpit and said ‘I have done many funerals in different places and countries, but this is the most difficult one for me’. After that I see my brother put his head on the pulpit like him was resting and mi seh Kevar tired. But then him hold up his head and mi see him eye dem roll over. I rushed to the pulpit and helped the other people to tek off him tie and pull him shirt. Then I hear him groan and I knew that we had to get him to the hospital at once,” Davis shared.

She recalled the moment when the doctors pronounced Brown dead and covered him in a white sheet – “Mi bawl out. You coulda hear mi from here to Jerusalem. Mi lift up di sheet a thousand time. Mi lift up him dead hand and use him dead fingerprint fi open him phone and go in him WhatsApp.” She also recalled the last smile she shared with Kevar when he looked inside the church and saw her, just as he was getting ready to take to the pulpit.

“Mi brother was a loving boy,” Davis said emotionally. “Kevar was a family person. Me and mi brother talk ‘bout anything and everything. Mi brother was a people person and him was a devout Christian. Is when him dead me realise how much people all over the world did love Kevar.”

According to Davis, Brown’s father died last year and “he was the one who buried him”, but he didn’t officiate at that funeral. Afterwards, he travelled overseas to work and pay off his school fees, instead of finishing what would have been his last semester. She applauded him for his journey which saw him leaving high school without any Caribbean Secondary Education Certificate subjects, working as a security guard and then telling his family that his real goal in life was to attend university.

“Kevar woulda leave Portland, go to Coronation Market with coconut, sell them off and then head to school in Mandeville and nobody knew,” Davis shared.

Another income earner for the 33-year-old theology major was overseas mission trips. Damian Chambers, assistant professor, School of Theology, NCU, taught Kevar and described him as “friendly, jovial, with a very outgoing personality”.

“Kevar was a very avid reader and a trying student, who faced a lot of challenges. To help pay his school fees he would travel overseas and do canvassing, and when he did crusades, he would also get a little stipend. It is sad that he died, but based on his trajectory, there is a lot of hope. He was the spiritual leader for his family, challenging them about God and one family member has already decided to give her life to the Lord because she wants to see Kevar again,” Chambers told Family and Religion, adding that this is the first time a student from the faculty has died in such a manner.

He has visited with the family and offered counselling.

Davis hoped that Brown would have lived to graduate from university. However, her last words were, “Mi nah question God. God tek the best and Kevar was the best one outta all 10 of we. My mother [in Florida] talk to Kevar the Saturday night and she tell him that she have this heaviness pon her. It persist until the Sunday and so she never go church. And she seh that when she get the call that Kevar dead, she just feel light. Is like she did know.”

Brown, she noted, had even experienced an undiagnosed illness earlier in his life. In a 2019 interview he told Family and Religion that it made him become “like a 99-year-old man in strength and sight”, and shared that he promised God that if he restored his health, he would serve Him all his life. He kept his promise.