‘A sad day for Portland’ 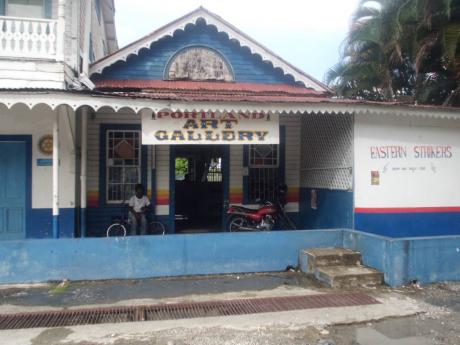 The Portland Art Gallery before it was destroyed by fire yesterday. 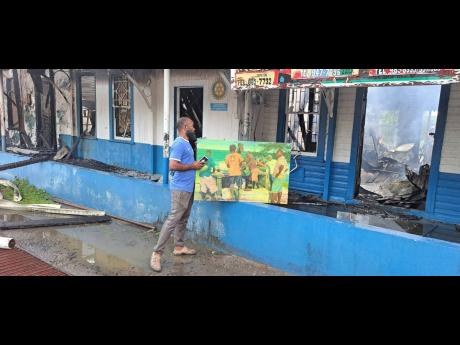 Artist Mark Bell was able to save a painting from the ravaged Portland Art Gallery yesterday. 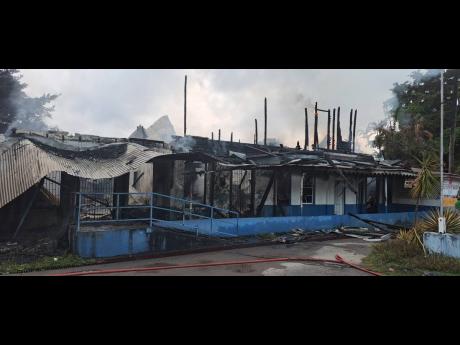 The destruction of the iconic Portland Art Gallery resulted in millions in losses and a significant blow for Jamaica’s arts and culture heritage. 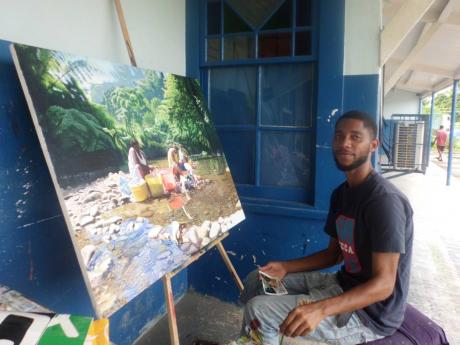 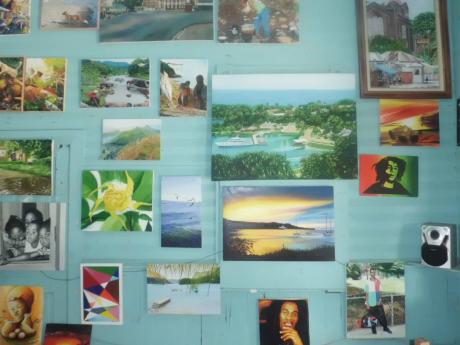 Works of art from students that were lost in the first at the Portland Art Gallery yesterday. 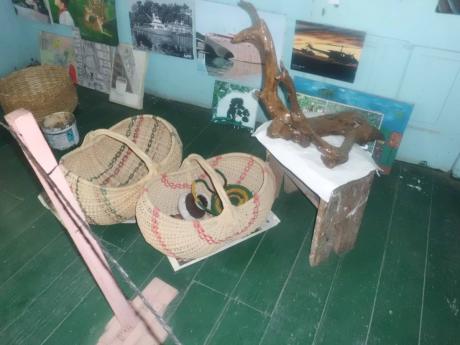 Works of art from students that were lost in the first at the Portland Art Gallery yesterday.
1
2
3
4
5
6

Renowned for attracting and grooming students in the artistic world, the Portland Art Gallery was also a tourist attraction.

“It is a crippling blow to art in the northeast region,” said Port Antonio Mayor Paul Thompson. “This is a huge loss and the entire culture will be impacted as this facility also served those that are artistically inclined from other parishes. The gallery produced some of the most distinct paintings, which reflected and depicted Jamaica’s rich heritage and culture. It was a facility that assisted greatly with the nurturing and tutoring of high school students, who developed the desire for art.”

The building, which underwent a transformation following the collapse of the railway service decades ago, had been rehabilitated to also house a Youth Information Centre and the headquarters for the Portland Marching Band.

Firefighters have not yet determined the cause of yesterday’s fire, which has crippled the livelihood of several artists who operated from the Portland Art Gallery on a daily basis. However, preliminary estimates suggest losses could be upwards of $12 million.

Gallery operator Zacariah Ireland told The Sunday Gleaner that he received a phone call shortly after 4 a.m. yesterday, notifying him that the building was on fire. When he rushed there, he saw the entire building engulfed in flames.

“I feel like I lost everything. This building is dear to life and it meant so much to us. We extended our services to students, who were taught the art of painting on a daily basis,” commented Ireland, also noting the impact on not just the artists, but the youth and the marching band.

“It is going to be tough picking up the pieces, as we lost valuable painting and equipment, material that were partially finished, and also paintings that we would have received payment for. ... We will definitely be needing assistance to continue our work,” he added.

Artist Mark Bell is also struggling to come to grips with the loss.

“Mi nuh know wah fi say. Dis is too much and we lose everything. I don’t even know where to start,” he told The Sunday Gleaner.

“We produce art, we produce artists, and we do exhibitions. We have been doing a lot for the community and the students were engaged. It is going to be very tough on the part of students, who showed a lot of interest and were showing potential. The loss is really great ... ,” Bell added. “People from all over visit this facility and oftentimes engage in conversations, make purchases, and just to simply get an experience about painting. Our livelihood is destroyed and we need help.”

At least 35 computers, a fax machine, printers, photocopiers, artwork, painting and musical equipment were among valuables lost in the blaze, which was battled by three fire units and several privately owned water trucks.

“It is a sad day for Portland,” noted Portland Eastern Member of Parliament Ann-Marie Vaz.

“The area has become iconic to Port Antonio, resulting in persons becoming engaged in photo shoot at that beauty spot, which was created to enhance the beauty of the town. The next step was to secure funding to restore this historical spot,” she said. “A big part of the heritage of Portland is lost and it will definitely affect the student population and others who used this facility on a daily basis. As it stands now, approximately 25 people, including those from the art gallery and youth information centre, are out of a job and will not be able to earn from their livelihood.”

Vaz added, “myself and other stakeholders will have to come up with a plan, a rather quick one, to see how best we can get the livelihood of these people up and running again. I am very passionate about this, and I will be spearheading the initiative to restore the livelihood of those affected, so that they can once again earn and resume their skills.”