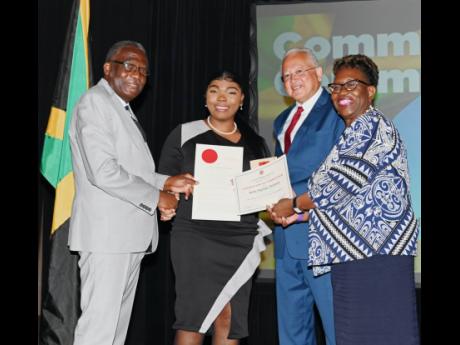 ONGOING CRIMINAL activities across the island have led to an increase in the amount of victims from those attacks, with some needing professional help to get over their traumatic and sometimes harmful experiences.

To this end, the Ministry of Justice has established a Victim Support Division (VSD), with offices in every parish offering professional help to persons in need. Referrals of victims for help through that division is done through several established organisations and groups. But Minister of Justice Delroy Chuck is on a drive to widen the span of groupings through which such referrals can be made.

In a virtual JP sensitisation meeting involving over 400 justices of the peace (JPs), Minister Chuck made a call for JPs islandwide to assist in the referral of victims to the VSD parish offices, and also for them to volunteer their services as counsellors in those offices, where possible.

“The victim services of the Ministry of Justice is really one of the flagship alternate justice service that we (Ministry of Justice) offer. Unfortunately, not many justices of the peace know that in every parish we have a victim service centre, with a counsellor serving and other counsellors participating, available to counsel and mentor victims of abuses, of crime, and of violence,” Chuck said.

He added that his ministry is now promoting the service, because far too many of the crimes taking place across the country is as a result of retaliation.

“Justices of the peace, we have a major problem across Jamaica,” he said, adding that billions of dollars is being spent on boosting security measures, improving the justice infrastructure, and also providing healthcare for victims.

“The victims are not only the ones who die or get injured, but families of the victims [also] need counselling and support,” Chuck said.

He continued: “We urge you, justices of the peace, where you know of families hurting, because a loved one has been abused or has suffered from criminal violence, that you refer them for counselling at the victim services offices.

Chuck said that every well-thinking Jamaican has a responsibility to fight for a better Jamaica, and especially for protection against abuse.

“I also ask many of you (justices of the peace) to offer yourselves to be trained as counsellors, as sometimes victims simply want someone to talk to,” he said.

Meanwhile, head of the VSD, Dionne-Dawn Binns, said that the level of criminal activities taking place in the country is very devastating, which presents physical, emotional, financial, social and psychological effects on the individuals affected.

She pointed out that her division was established in 1998, and has been mandated to coordinate the psycho–emotional and technical support for all victims of crimes across the island.

In outlining the performance of the division, she noted that over 2,000 victims have been assisted.

“Last year we were able to conduct 13,179 counselling sessions, and we provided support services to 5,394 new clients, and an additional 7,360 follow-up clients,” she stated.