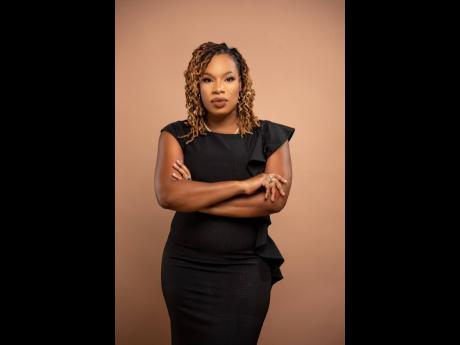 Florida lawyer, 40-year-old Kaysia Earley, is on the cusp of completing a compelling journey from jail to judge with the impending election to choose a judge for Broward County (17th circuit, Group 26), in Miami, Florida, on August 23.

Earley, whose father is Jamaican, is expressing confidence in successfully completing that journey, which has so far served as inspiration for countless residents in Broward County, an area with a heavy Caribbean presence.

Born in the Bronx, New York and raised in Miami, Florida, she sacrificed for years as a community leader, offering community service to aid in the betterment of the less fortunate, including being a lecturer at her church, at detention centres, and homeless shelters. That earned her the title ‘Community Advocate’.

She has support because of that. But her supporters seem to be drawn to her even more because of her journey.

While attending Howard University, and pregnant and working at a popular shoe store, she was charged with a felony after being accused of giving unauthorised discounts to her friends.

During her trial, she claimed the public defender did not say a word in her defence, just allowing the judge to sentence her.

At that moment she realised that was what minorities, especially blacks, go through in the justice system and made up her mind to become a lawyer.

She completed her degree in political science from Howard University, then her Juris Doctor degree from St Thomas University School of Law and started practising law in 2013.

Describing herself as a double minority – being black and female – in a white-dominated profession, she has had to work 10 times harder, she explained.

As an attorney, Earley is rated among the best in Florida, with her company, Earley Law Firm, PLLC, serving Broward, Miami-Dade, and Palm Beach counties.

“The response has been overwhelming, particularly because of my background, my story of redemption,” Earley told The Gleaner.

“People are inspired, people are anticipating ... ‘Wow! If she can be winning, if she had a criminal background and turned her life around, then we can do it!’

“I’ve been practising for eight years and I’ve tried over a hundred trials, so my experience and the number of trials that I’ve tried equates to someone who has practised 10 to 15 years,” she added.

She said she was not running from her past, but because of it.

“When I’m on the campaign trail, people ask me more questions about my past incarceration than they do about my experience being named the top lawyer in the state of Florida.”

But Earley’s story didn’t start at her incarceration. Born in the Bronx to a Jamaican father and American mother, Earley said when she was eight years old her father left the home and never returned, leaving her mother to raise her and seven siblings on her own.

They later relocated to Florida.

Twenty-three years after being abandoned she became a lawyer. Nine years on, she is poised to become a judge, if all goes well.

Broward County, the second-largest county after Miami-Dade, has over 90 judges, of which only 12 are black. With a population of two million, around a quarter of them are expected to vote.

“I believe the race is already won, and I’m not saying that to sound cocky or arrogant, but because I put in the work,” she said.

“When I get back to Florida, we’re going to do voter registration drive. We want to increase that number to send a statement to the rest of the people on the bench. How is this a fair criminal justice system if there is no diversity on the bench?”

During her trip to Jamaica, she tried to visit most parishes and her uncle in Spanish Town, where she received overwhelming support from relatives in her quest to become a judge.

“Just to hear someone from my blood tell me they’re proud of me, it just gave me the extra boost that I needed.

My father lives right now in New York. I guess he’s living a life of shame because I already forgave him. He had eight children when he left my mom, but my roots are here in Jamaica,” she said.

“I usually try to bring my kids twice a year to teach them their culture. So when we come, we stay local, basically doing the same thing my dad did when I was younger; we would come here during the summertime.”