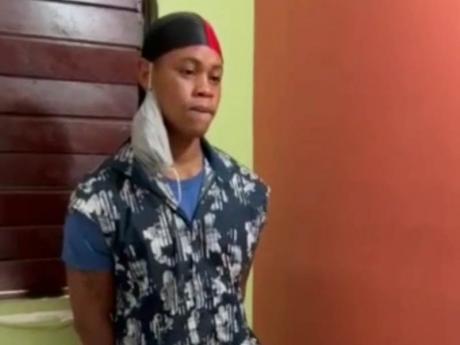 A screengrab from a video showing Rushane Barnett, the 23-year-old man accused of murdering a mother and her four children in Clarendon, during a medical examination.

The Lay Magistrates' Association of Jamaica is condemning the actions of the justices of the peace who participated in the video-recorded medical examination of Rushane Barnett, the 23-year-old man accused of murdering a mother and her four children in Clarendon.

The JPs stated that they were present to protect the rights of the accused and to address any breach of such rights.

But the association is asserting that their actions are in contradiction to the tenets of the role of a JP and were not in accordance with the modus operandi in the execution of such duties.

Further, it is condemning the release of the video.

“We hope that this act of indiscretion was not an act of the Justice of the Peace,” said a spokesperson in a statement today.

“The release of this video into the public domain, whether intentional or otherwise, taints the impartiality of the role of the Justice of the Peace,” the spokesperson said.

The association is reminding JPs that they have a responsibility to be unbiased in the execution of their duties.