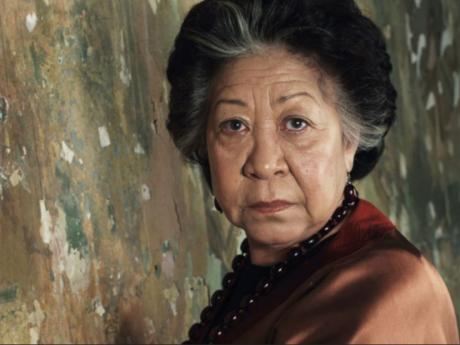 Hammond was best known for playing the role of 'Blossom Jackson' in the BBC soap EastEnders. -Contributed photo.

The cause of her death is still unknown.

Hammond won praises for setting the stage and pioneering the world of theatre arts for black actors.

The news of her death was announced on Twitter by Marcus Ryder, chair of the Royal Academy of Dramatic Art (RADA), where Hammond studied in the 1960s.

Hammond, whose real name was Mavis Chin, was born in Clarendon, Jamaica in 1931 to Jamaican and Chinese parents.

In her late 20s, she immigrated to the United Kingdom on a scholarship while working for an architectural firm.

After attending acting classes in the evenings for two years, she was awarded a RADA scholarship.

She then began her career on stage, appearing in theatre productions such as Josephine House and Macbeth.

Hammond moved into television with roles in the 90s and was best known for playing the role of 'Blossom Jackson' in the BBC soap EastEnders, which premiered in 1985.

In a tweet, a representative for EastEnders expressed that the cast was "deeply saddened" by the news of her passing and extended their condolences to Hammond's friends and family.

"Mona created a no-nonsense grandmother in Blossom Jackson who was adored by the audience and everyone who worked with her," said the spokesperson.

Hammond also made an appearance in the television series Desmond's as the character 'Aunty Susu.'

In 1986, Hammond co-founded the Talawa Theatre Company in Croydon in 1986.

According to BBC News, the organisation aimed to help solve the "lack of creative opportunities for black actors and the marginalisation of black peoples from cultural processes."

In 2005, she received an Officer of the Most Excellent Order of the British Empire (OBE) in recognition of her contributions to drama in the UK.

She was also presented with The Edric Connor Inspiration Award, the highest honour bestowed by the UK's Screen Nation Film and Television Awards the following year.

In 2018, Hammond received the Women of the World lifetime achievement award in recognition of her work in theatre and the support of black British actors.