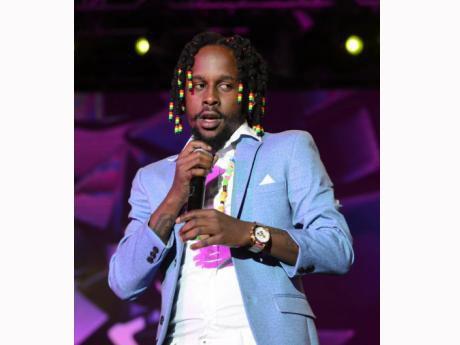 Jamaica’s High Commission in London has stepped in to offer assistance to dancehall entertainer Popcaan who has bemoaned that he continues to face embarrassment when he visits England.

The artiste, whose given name is Andre Sutherland, was subjected to three and half hours of interrogation by immigration personnel at Heathrow airport on Tuesday due to a ‘red flag’ alert placed against his name by the Jamaican Government.

He was later allowed entry into the country.

In an Instagram post, the entertainer appealed for the intervention of Prime Minister Andrew Holness while expressing frustration.

His attorney Bert Samuels today told The Gleaner that the High Commission has since reached out to him requesting Popcaan’s biographical information, which he said he has supplied.

“This is the first time that we are getting this high-level intervention in this issue,” said Samuels, noting that the commission is to launch a probe into the matter.

He says he’s hopeful for an early resolution.

Popcaan is currently resting in a hotel in London as issues related to his case are being handled.

According to the attorney, Popcaan has been subjected to interrogation by British immigration personnel on at least 10 occasions whether as an in-transit passenger or a visitor to the country.

The reason for the 'red flag', according to Samuels, is to signal to immigration that Sutherland is a person whose character, as reported by the Jamaican Government, is of a high-risk nature and that he is involved in issues of a criminal nature.

“This red flag does not mean that he has been convicted,” Samuels said.

“He has never been detained abroad. He has been delayed in entering and secondly, he has no criminal record whatsoever on his name whether in Jamaica or outside of Jamaica,” he added.

“Popcaan travels to the UK on a visa issued by the UK.  If they (the UK) had an issue with him would they have granted a visa? Would they cancel the visa if they subsequently discovered an issue? So whose intelligence is acting out here?” tweeted Samuels in hitting back against critics.

In his Gleaner interview, he noted that previous efforts to get the issue addressed have been futile.

He noted that in response to a letter from him, the Home Office in England had indicated that the proper authority to resolve the issue was with the Jamaican Government and not Britain.

He said help was also sought from the Ministry of Culture, Gender, Entertainment & Sport.

"It's looking bad on us, so we need to fix it," Samuels told The Gleaner.

He said he and his client are grateful that the authorities have now come forward.

“I spoke to Popcaan this morning...he’s totally frustrated. He says ‘listen, I've tried everyone and now I have called upon the prime minister’. And he was very happy to hear that the Minister of Foreign Affairs [Kamina Johnson Smith] is now intervening in the matter and wants it to be resolved,” Samuels said.

He added that: “It would be ill-advised of me for the Minister of Foreign Affairs to be intervening and for us to be thinking about litigation or legal action.”