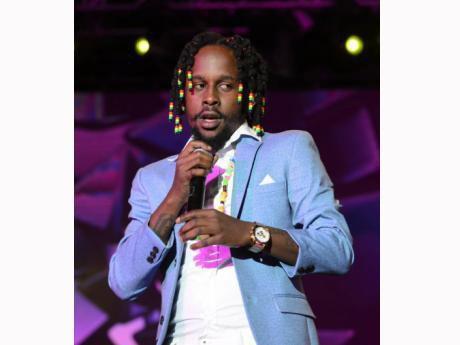 The law firm wants damages to be negotiated, commensurate with Popcaan’s station in life locally and internationally.

The law firm representing dancehall entertainer Popcaan is demanding a retraction and an apology from the Jamaica Constabulary Force (JCF) over what it says are false and defamatory remarks.

Knight, Junor & Samuels is asserting that information in a JCF media release issued yesterday that the artiste, whose real name is Andrae Sutherland, was arrested in Barbados in 2011 for possession of cocaine is not true.

“Be minded that your conduct has been reprehensible in incorrectly attributing such a scandalous accusation against Mr Sutherland, a well-known international artiste,” read a letter dated July 7.

“By virtue of your actions, it is our view, that ordinary, intelligent and unbiased persons, with the ordinary person's general knowledge and experience of worldly affairs, would be likely to understand those words as conveying that our client was involved in egregious criminal activities contrary to the Drug Abuse (Prevention and Control) Act of Barbados.”

The law firm wants damages to be negotiated, commensurate with Popcaan's station in life locally and internationally.

It says it expects the JCF to comply with all its demands by midday today.

The law firm notes that the demands are being made entirely without prejudice to any claim it may pursue against the JCF for defamation.