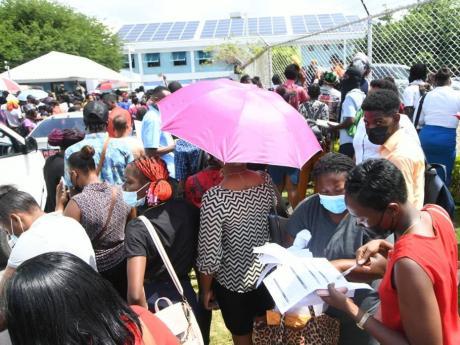 Jamaica's unemployment rate fell to a new low of six per cent in April 2022, continuing the downward trajectory occurring in recent months.

The Statistical Institute of Jamaica's (STATIN) gave the update Friday based on the April labour force survey.

The April rate is 0.2 percentage point lower than the figure for January 2022.

Meanwhile, Coy indicated that the male unemployment rate fell from 7.5 per cent to 4.7 per cent, while the corresponding figure for females dropped 3.2 percentage points to 7.6 per cent.

Coy said that male youth unemployment fell six percentage points to 15.1 per cent, while the rate for females dropped from 28 per cent to 15.9 per cent.

Meanwhile, the number of employed persons who were engaged in economic activities for at least one hour during the March 20 to 26 survey reference week, increased by 5.2 per cent to 1.3 million.

The STATIN boss said females accounted for just over one-half of the increase, 33,600 persons or 53.1 per cent.

Coy said the number of individuals, 14 years and older, outside the labour force who were classified as neither employed nor unemployed, fell by 22,600 to 746,400, compared to April 2021.