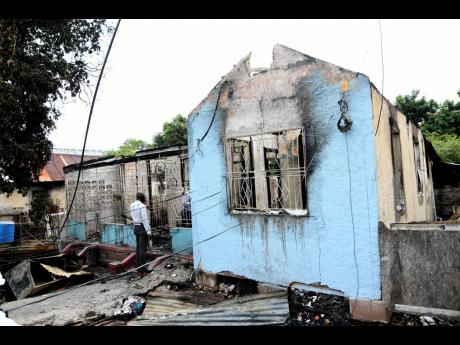 File
Several family members were left homeless from a fire on Mid Avenue in Allman Town, Kingston in March 2021. 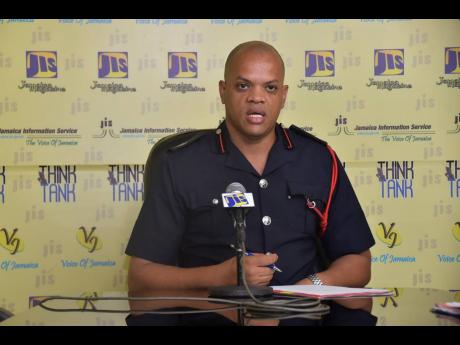 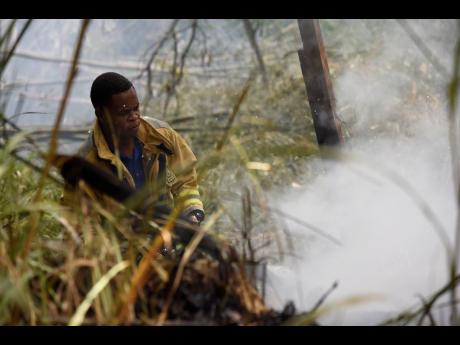 Genuine fire calls decreased by more than 21 per cent in 2021, but more deaths from blazes were recorded last year when compared to 2020.

That’s according to data contained in the Economic and Social Survey Jamaica (ESSJ), the latest edition of which was published by the Planning Institute of Jamaica last month.

The report revealed that genuine calls received by the Jamaica Fire Brigade (JFB) decreased by more than 2,200 but the number of souls who perished in those fewer fires increased by 35.5 per cent.

“The total number of genuine calls for the year was 8,003, a 21.6 per cent decrease relative to the previous year. Similar to 2020, the largest number of genuine fire calls occurred in Kingston and St Andrew (1,642), followed by St Catherine (1,539),” the ESSJ stated, quoting data provided by the JFB.

“Decreases were recorded in all parishes, with the exception of St James, which showed an increase of 6.2 per cent. The largest decrease was observed in Portland (70.9 per cent), followed by Hanover (51.8 per cent) and St Mary (51.1 per cent).”

The national survey also noted that the group ‘civilian adults’ bore the brunt of fire impact, followed by ‘children’. In the category ‘children’, three deaths were recorded, including 12-year-old Hemecia Greenwood, who perished in a blaze at her home in John’s Hall, St James, in April 2021. Four children also sustained fire-related injuries, according to the ESSJ, which listed 502 minors among the homeless.

“Overall, 1,901 persons were impacted, 105 more than in 2020, representing a 5.8 per cent increase. The number of deaths increased to 42 from 31, while the number sustaining injury fell to 86 from 89,” read the section of the survey under the subheading fire.

Thirty-five deaths were recorded in 2019.

CRIME COULD BE A FACTOR

Asked by The Sunday Gleaner to shed light on the possible reasons for more deaths from fewer genuine fire calls, Senior Deputy Superintendent Emeleo Ebanks, the JFB’s public relations officer, was not immediately able to provide a response.

“Every single death is a cause for concern, but I would need to properly analyse the data to give an informed response because there are a number of issues,” he said.

Nevertheless, Ebanks posited that crime could be a contributing factor.

“The first thing I know, there are a number of issues with gang-related incidents, [but] it is difficult for me to put a finger on it right now,” he said.

In the meantime, the report showed that fires left more people homeless in 2021 when compared to the previous year.

“Persons rendered homeless by fire increased to 1,773 from 1,676.” However, “the number of structural and non-structural fires decreased by 4.1 per cent and 24.5 per cent, respectively”, the ESSJ said.

Non-structural fires also fell, accounting for 82.5 per cent of the total blazes reported. The decrease was mainly attributable to a reduction in the occurrence of fire on farms/cultivated land, and bush fires, which fell by 34.4 per cent and 34.7 per cent, respectively.

“Though there was an overall decrease in the occurrence of structural fires, there was an increase of 12.4 per cent in fires at commercial buildings,” the report said.

According to the national report, annual changes in the incidence of bush fires were assessed against the volume of average annual rainfall and showed that increases in bush fires occurred mostly in periods of drier conditions.

“However, while the country experienced drier conditions in 2021, there was a decrease in the number of bush fires. More than 70 per cent of bush fires occurred in the first half of the year when dry conditions prevailed.

“Bush fires were most prevalent in St Catherine (863), Kingston & St Andrew (430) and Clarendon (416), which experienced drier conditions, as indicated by parish mean rainfall volumes and drought indices from the MSJ (Meteorological Service of Jamaica),” read a section of the economic and social survey.

The ESSJ also provided data on the capacity of the brigade to respond to blazes.

“The Jamaica Fire Brigade’s (JFB) emergency response capability was bolstered through the acquisition of firefighting equipment, and infrastructure development and improvement over the reporting period. One new fire station was built at Barnett Street, St James, and one rehabilitated at the Black River Fire Station, St Elizabeth, while work advanced on the construction of three additional stations (Old Harbour, Port Maria and Yallahs fire stations).

“The rehabilitation works and the advanced construction of the Old Harbour Fire Station were facilitated by the Infrastructure Development Programme (Phase 1), while the remaining new facilities being built are under the Jamaica Disaster Vulnerability Reduction Project.”

According to the ESSJ, 30 new fire trucks (pumpers), costing US$23.7 million, as well as a variety of fire equipment, including bunker gears, structural firefighting helmets, extinguishers, standby generators, and water rescue equipment, were procured.

It also noted that activities to build public fire safety awareness and fire prevention continued under the Community and Life Safety Programme.

“Under this programme, 268 fire drills were conducted in schools, workplaces, and places of safety; and 268 hydrants were repaired and 974 maintained. In addition, 6,718 building inspections were carried out and fire and life-strategy training was conducted in 32 communities across the island. Forty firefighters received training to become emergency medical technicians and 140 emergency medical technicians were re-certified,” stated the 2021 edition of the ESSJ.