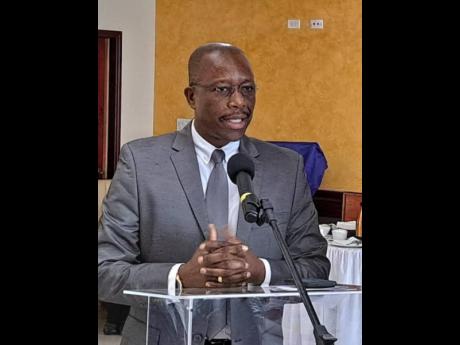 Assistant Commissioner of Police in charge of Area One, Clifford Chambers, said that the Area One region is now seeing a significant reduction in all major crimes.

Chambers, who was speaking at the 25th annual general meeting and installation of officers of the Association of Past Members of the Jamaica Constabulary Force Benevolent Society, held at the Grand-A-View Restaurant in Montego Bay last Thursday, said that for the second quarter of this year, the Area One Division, which is made up of Trelawny, Hanover, St James and Westmoreland, has seen a 20 per cent reduction in major crimes.

“We all know that crime and violence is a permanent issue in the west, and I must say the tri-parish of Hanover, Westmoreland and St James started out the year with the numbers going in the wrong direction,” Chambers stated.

“As it is right now, we have done some reorganising, and I can say, for the second quarter this year, we have seen an over 20 per cent reduction in major crimes, and for that we are grateful.”

Chambers also stated that some of the positive developments in Area One come from the assistance still being given by former police personnel.

He applauded the Jamaica Constabulary Force Benevolent Society for providing support to current members of the force, including himself.

He pointed out that the constabulary force continues to benefit from the knowledge of various retired officers within the group, and promised his full support to the society for retired cops, stating that all officers, whether retired or still serving Area One, look forward to being a part of this organisation.

The organisation started out with a constitution which spoke to one body with an office in Kingston. However, in 1994 the group decided to extend itself by forming Chapters One, Two and Three of the Association of Past Members, which operates under the same one office in Kingston.

The organisation now has close to 1,000 members islandwide who still pass on knowledge and their expertise to younger officers who are currently serving the JCF.