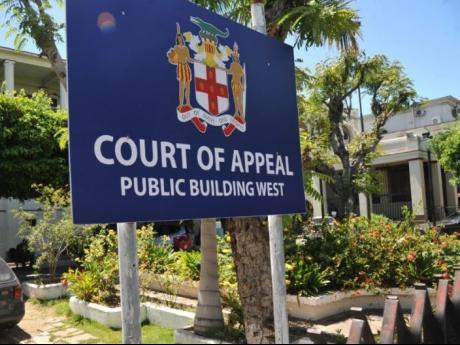 On July 13, Parish Court Judge Alicia McIntosh ordered Kitson and Grant to turn over the files within 14 days or be committed to prison.

Liquidator Roger Phynn was not served with court documents notifying him that Queen's Counsel Denise Kitson and attorney-at-law Herbert Grant were applying to the Court of Appeal for an order against them to be put on hold, his lawyer says.

Last week Justice Evan Brown stayed a July 13 parish court order for Kitson and Grant to hand over documents including certificate of titles to the liquidator or be sent to prison.

Attorney Rita Allen-Brown said Monday that on July 21, at approximately  3:09 p.m., her office was served by Kitson and Grant with Court of Appeal documents including an undated notice of application for court orders to stay execution.

"On July 22, Kitson and Grant attempted to serve my office with supplemental affidavit which we refused to accept as I informed Regina Wong, attorney for Kitson and Grant that I had no instruction in the Court of Appeal matter and that the documents were accepted as a matter of courtesy as I await instruction. I also urged Wong to serve the respondent (liquidator) personally, “ she disclosed.

Allen-Brown said on July 27, she received an email from the Court of Appeal's deputy registrar with the formal order by Justice Brown which was duly signed by the deputy registrar.

“It is my understanding that the notice of application for court orders to stay  execution was heard in the absence of my client, who was not served” she added.

Kitson and Grant are being represented by attorney-at-law Kevin Williams.

In response to Phynn's assertions, who is representing Kitson and Grant, said  in response that “the simple fact is that the Court of Appeal is empowered to grant an interim stay and then direct that service be effected after".

A hearing involving both parties is set for August 23.

Phynn, the liquidator for Mount Royal Cooperative Society at 5 Holborn Road, Kingston 5 had applied for an attachment order after the law firm Stewart Phillips & Grant failed to comply with his order to hand over approximately 100 certificates of titles and sales agreements.

Kitson took over as managing partner of the firm after Grant retired in December last year. The law firm handled legal affairs for Mount Royal for many years.

On July 13, Parish Court Judge Alicia McIntosh ordered Kitson and Grant to turn over the files within 14 days or be committed to prison.

Their lawyer said then that the decision would be appealed.

“The issue of the enforceability of an attorney's lien for non-payment of bills in such circumstances is of paramount importance to the legal profession and must be determined definitively," Williams said.

Court of Appeal Judge Evan Brown after hearing an application on July 26 granted an interim order for a 28-day stay of the order.

Kitson was recently elected chairperson of the General Legal Council, the body that regulates the legal profession in Jamaica.