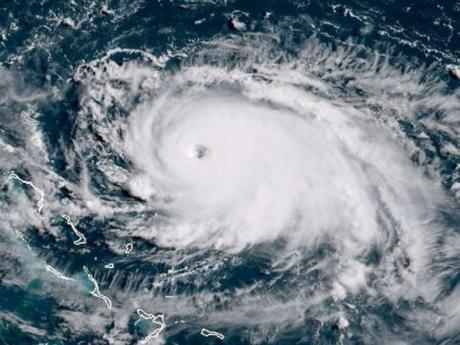 NOAA forecasters have decreased the likelihood of an above-normal season, from 65 per cent in May, to 60 per cent in most recent estimates.- File photo

The WMO, a specialised agency of the United Nations whose mandate covers weather, climate and water resources said while conditions do still point towards an “above-normal” 2022 Atlantic hurricane season, NOAA forecasters have decreased the likelihood of an above-normal season, from 65 per cent in May, to 60 per cent in most recent estimates.

However, the likelihood of “near-normal” activity has risen to 30 per cent, from a previous estimate of just 10 per cent.

The Intergovernmental Panel on Climate Change's Sixth Assessment report projects that the global proportion of tropical cyclones that reach very intense levels of category 4 or 5, along with their peak winds and rainfall rates, are expected to gradually increase due to global warming caused by rising CO2 emissions.

NOAA's update to the prior forecast – which covers the entire six-month hurricane season ahead – projects that there will be 14-20 named storms with winds of 39 mph or greater.

Thus far, the season has seen three named storms, but no hurricanes in the Atlantic Basin. On average, hurricane season produces 14 named storms, seven of which become hurricanes, including three major hurricanes.

There are several conditions that point toward an active hurricane season. Most notably are the La Niña conditions, which will likely remain for the rest of 2022. La Niña conditions, the periodic cooling of the ocean surface central and east of the Pacific equator, will slightly enhance hurricane activity, said the press release issued by the World Meteorological Organisation.

The hurricane seasons in 2020 and 2021 were exceptionally active and both years exhausted the prepared lists of storm names, from the WMO's rotating list. The WMO maintains lists of names, in order to aid clear communication over hazards ahead, and help save lives.

Every year, there are on average 84 named tropical cyclones all over the world. Over the past 50 years, every single day, they have caused on average 43 deaths and US$78 million in damages, according to WMO statistics from 1970-2019.

However, based on the data, death tolls have fallen dramatically. This development is thanks to improvements in forecasting, warning and disaster risk reduction, coordinated by WMO's Tropical Cyclone Programme.

In view of the growing hazards, WMO said it is working to ensure there is universal access to early warnings and is seeking to strengthen impact-based forecasting.