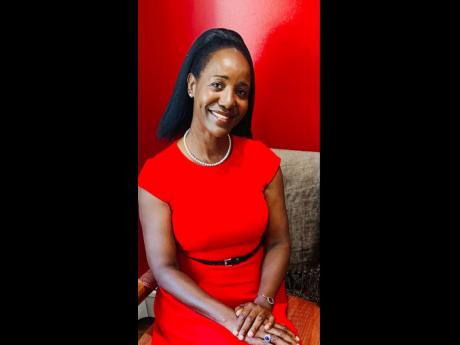 Contributed
Rhenay Harris is helping to lay a solid foundation for children in Pusey District, just like her grandparents did for her. 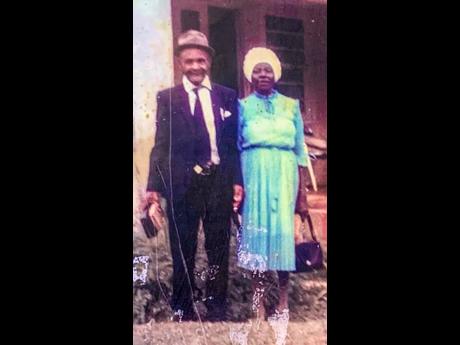 Contributed
Lucille and Bertram Pinnock back in 1986, at the age of 75, heading to church at Point Hill Baptist. 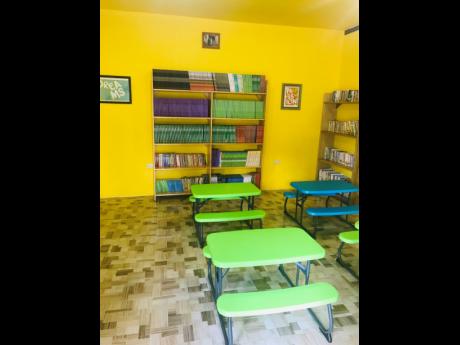 Contributed
The walls of Pinnock’s Oasis are filled with inspirational gems to motivate children. 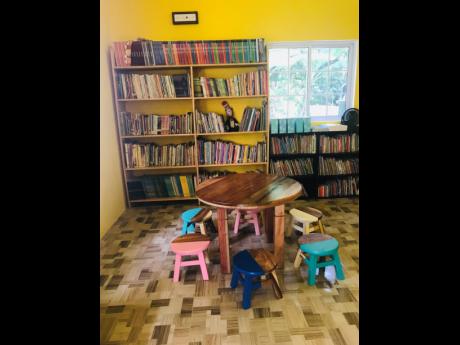 Contributed
The books in the library were donated by family, friends and well wishers and major donor the New York City Department of Education. 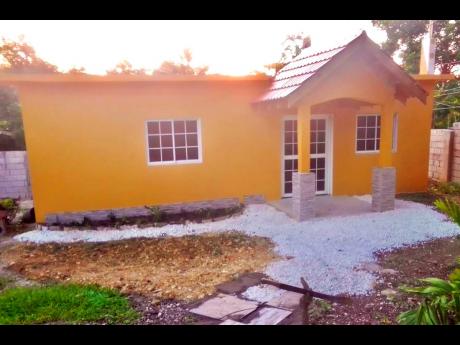 Contributed
The Pinnock’s Oasis community library and resource centre was built by Rhenay Harris with personal funds on land owned by her grandparents.
1
2
3
4
5

Reading is the act of taking one’s imagination on a ride and transporting it to a different world. As a child growing up in Pusey District, Point Hill, St Catherine, Rhenay Harris lived with her grandparents who instilled the importance of reading in her. In their memory, she has built a library and resource centre, Pinnock’s Oasis, to assist in the early development of literacy for children in her community.

“I believe I excelled through the guidance of my grandparents. I had to read frequently to them, my grandmother listening in, while my grandfather monitored my progress. I read a lot, all my schoolbooks, the Bible, books from my sister, and just any other material available,” Harris said.

She said her grandparents, Lucille and Bertram Pinnock, were kind and generous people who never argued and were patient with each other. “They both grew up as children in that community. My grandfather’s parents were from the adjoining community, but his father died before he was born, and his mother died soon after he was born; and so, he was raised by relatives alongside my grandmother,” Harris said.

She spoke of his generosity and his decision to purchase the property where Pinnock’s Oasis now sits. “My grandfather farmed mostly cane and sold it to Worthy Park Sugar Estate. He saved money along the way and, over time, purchased land. This land he left, never to be sold but to be enjoyed for his many generations to come. Pinnock’s Oasis now sits on that land. From his ground provisions, bananas, he supplied many families needing assistance. Above everything, my grandfather was a gentleman. My grandmother was a home-maker, and they had seven children,” Harris said.

She said reading was important to her grandparents because they saw it as a very valuable tool and as key to success in life. In addition, she believed they were self-motivated people who believed one should always strive for excellence.

“They were firm believers that each generation should be better than the one before. My grandfather often reminded me that he was setting a foundation to be built on. My grandmother was unable to read, and my grandfather had a third-class education. But they wanted more for me, and I do believe they saw the potential in me, and so they pushed me along,” Harris said.

According to Harris, the early developmental years are critical years of a child’s life. Reading made her more disciplined from her early years. So, when it was time to study, it was something she wanted to do and did not consider it a chore.

Currently a district supervisor at one of the largest school districts in New York City Department of Education (NYC DOE) in the Office of Food and Nutrition Services, Harris oversees the feeding programme in more than 100 schools.

The plans for the Pinnock’s Oasis Library Project began in 2018. “I wanted to do something that would benefit the young children in my community, so I decided to build a library on my grandparent’s property to honour their memory and to propel children into reading as my grandparents did for me. Reading was beneficial for me and led me to a path of educational success. I want this for them too,” she said.

Pinnock’s Oasis is a registered non-profit organisation in Jamaica. The organisation’s main objective is to enhance the natural abilities and personal development of young children by teaching them life skills so that they are better prepared to compete with their counterparts locally and internationally.

In addition, Harris said the objectives include developing the intellectual and mental capacity and the natural curiosity of young children by giving them a wide range of books and other learning material, with the aid of qualified teachers. This will lead to the desire to embark on a path to higher education.

The Pinnock’s Oasis Library Project was completed in February 2022 and was officially opened on July 29, 2022. Funded chiefly with money from her own pocket, Harris was elated at the project’s completion.

“The majority of books were collected from selected schools in NYC DOE. These books were no longer needed and would have been otherwise discarded. For at least two to three years, I collected, packed and shipped these books to Jamaica. In addition to books collected from DOE, I got many books from family, friends and well-wishers after they heard about the project,” Harris said.