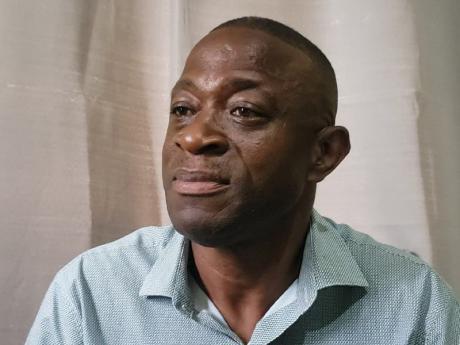 According to Chang, the party has not made any advances towards Wright, who won the Westmoreland central seat against the opposition People's National Party’s Dwayne Vaz.- File photo

The Secretariat of the governing Jamaica Labour Party (JLP) is rejecting claims that George Wright, the embattled Westmoreland Central member of parliament, is being courted for a return to the party.

The party said no thought is being given for such a move, and the former member has not made an application.

“We don't approach him, I don't know where J. C. [Hutchinson] got this thing from. The man does not  apply to join the party, we don't engage him. It's not a thought,” Dr Horace Chang, the JLP general secretary said in a telephone call, in response to a Sunday Gleaner story.

At a recent Myersville divisional meeting of the party at the Nain Basic School in St Elizabeth, Hutchinson, the Area Council Four deputy leader bragged of the party's sweep of Westmoreland in the September 3, 2020, general election and revealed the pending return of Wright to the JLP.

“Tonight, we have two of them here with us. In Eastern Westmoreland, we have Danny Lawrence. In Western Westmoreland, we have Morland Wilson,” Hutchinson said. “And the third MP, the independent Labourite who everybody knows that he has taken a short leave from the labour party and he will soon be back, George Wright, the third person who won on the labour party ticket,” the senior deputy leader declared.

But according to Chang, the party has not made any advances towards Wright, who won the Westmoreland central seat against the opposition People's National Party's Dwayne Vaz.

“There is no ambiguity about George [Wright] returning to the party at this point in time," he told The Gleaner, Sunday morning. "As general secretary of the party, we have no application, we made no approaches to him."

Wright was the centre of public attention in April last year after a video surfaced of a man brutally beating a woman, including with a stool. On April 6, the day of the incident, both Wright and his partner, Taneisha Singh, filed separate assault reports with the police, which they later decided not to pursue.

Wright, a first-term MP, later resigned from the JLP but remained in Parliament as the representative for Westmoreland Central. Singh remained a member of the party's young professional arm, Generation 2000, in Westmoreland.

However, Chang, in seeking to maintain his party's stance on the allegations involving Wright, said domestic violence is a major issue and cannot be taken lightly.

“That's the ethical issue that is out there and, therefore, we cannot be ambiguous about it - so we took the decision to remove him from the party,” he stated.