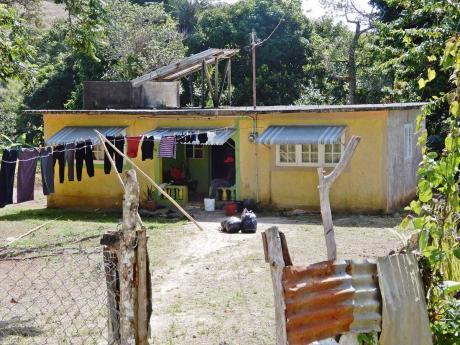 The killings, in the usually quiet community, sent shock waves across the parish and beyond. - File photo

The police are yet to determine if the deaths of three people in Free Hill, St Ann, on July 18 should be classified as a triple murder, or double murder and suicide.

The bodies of Antria Rattray, 46; her 13-year-old son, Mykah Bonitto; and her common-law husband, Lawrence Badall, 50, were discovered at their home that Monday morning with chop wounds and their throats slit.

Rattray's other teenage son, who was asleep in another room of the building, made the discovery.

The killings, in the usually quiet community, sent shock waves across the parish and beyond.

The police had launched an investigation to determine if the deaths stemmed from a dispute between the two adults, resulting in the man killing the others, then himself, or if a fourth person was responsible for killing all three.

Three weeks later, there is still no answer to that question.

“We're still waiting on the findings,” Senior Superintendent Dwight Powell, head of the St Ann police, responded to queries from The Gleaner on Monday.

Meanwhile, some residents have made up their minds that the incident was a triple-murder.

“Mi neva see no suicide person cut them owna throat, dem would a more likely heng themself or drink some poison,” one resident said to The Gleaner on Monday.

The resident accused the police of not doing enough investigation. The resident said persons have given the police information, including that a car was spotted parked on the road near the house, about one o'clock that morning.

Grave digging for the three began on Sunday with the autopsies expected to be done by next week.