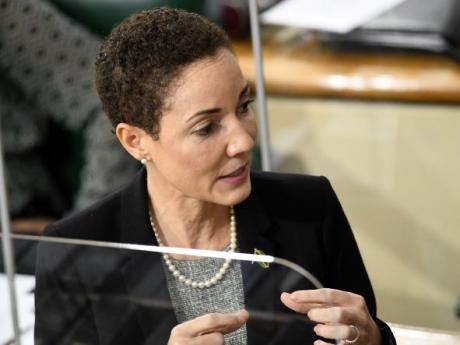 The Opposition People's National Party has called for full disclosure of the US$100,000 contract entered by unknown persons with US public relations agency, Finn Partners, to execute PR activities for the Kamina Johnson Smith campaign for Secretary General of the Commonwealth.

Opposition Spokesperson on Information, Senator Donna Scott Mottley, said this information was necessary for the public and for a full detailed analysis to determine if Jamaica's foreign affairs and foreign trade policies have been in anyway compromised by the acceptance of undisclosed funds from local or international private sector interests.

In a statement today, Senator Scott Mottley said the failure of the Government to disclose the details and the evasive posture of the Minister of Information in a radio interview this morning make disclosure an imperative.

She said undisclosed private donations to pursue the Minister of Foreign Affairs' objectives are fraught with danger and could open the door to compromising Jamaica's established international affairs principles.

“These disclosures must include names and amounts given by donors, the name of the person or persons who entered the contracts, and whether the contract was filed under the Foreign Agents Registration Act, oversighted by the United States Justice Department,” she said.

“The party considers this extremely important, as using private individuals to execute such a contract could be seen as an attempt to circumvent US law.”

The Opposition Spokesperson said unless there is disclosure, a private company which donates money in secrecy could demand a benefit or other reciprocity without the public ever knowing.

“The minister's stubborn refusal to disclose brings into question the credibility of the information he has disseminated to the Jamaican people and the reasons he provided for the failure to disclose,” said Senator Scott Mottley.

Senator Scott Mottley reminded that in 2010, the Jamaica Labour Party, as the government, entered another foreign contract using secretly donated funds to thwart an extradition request by the government of the United States of America.