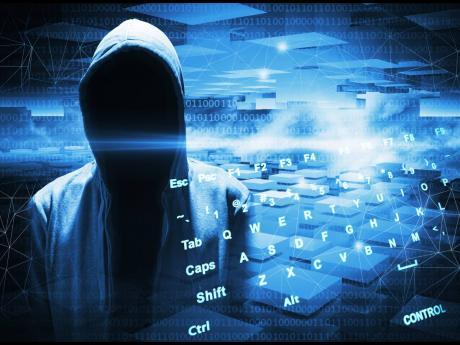 Both King and Mosby agree that cyber security is the new frontier for attacks.

The establishment of a Cyber Center of Excellence will make Jamaica's data and Internet systems more resilient in the fight against cyber attacks, according to an expert from the New York Police Department (NYPD) in the United States.

Inspector Michael King, who was a member of the NYPD Joint Terrorism Task Force with the Federal Bureau of Investigation, said the facility will allow for cyber education, which is key to combating while also pursuing cyber insurance.

He was reacting to US Vice President Kamala Harris' announcement that the Biden Administration would provide some US$2 million for the establishment of the Cyber Center of Excellence in Jamaica but will serve the wider Caribbean.

Inspector King, who was born in Jamaica, said cybersecurity is a new route for attacks on companies and countries. It's why, he said, it is important for everyone to understand how to guard against attacks.

“The Center of Excellence will increase cyber hype. It will inform how to spot and guard against opening up emails and other Internet systems that are unfamiliar to the user," he said.

King added: "In a number of instances people download things from the Internet without knowing the source of the information. They give out their emails and other personal information without understanding the consequence to themselves and the company or country."

The policeman also noted that the institution would protect critical infrastructure such as health, water and power, among others, against possible attacks. It could also be used for the recruiting of top cyber professionals," he said.

For cybersecurity expert, Michael Morsby, the center's work would help Jamaican businesses stem daily loses through people downloading things from the Internet or opening up ransomware software without recognizing the harm that they are causing.

“You open up something from an email that you do no know and immediately all your personal data is exposed. It takes time to have all this information retrieved from the dark web. This results in loss time and money,” said Morsby, a US-based Jamaican who owns his own cyber company

With the Center of Excellence, an education programme can be carried out to make people aware of the dangers they face when they surf the Internet.

Both King and Morsby agree that cybersecurity is the new frontier for attacks.

Governor of New York, Kathy Hochul, recently announced the formation of a Joint Security Operations Center to oversees cybersecurity across the US state.