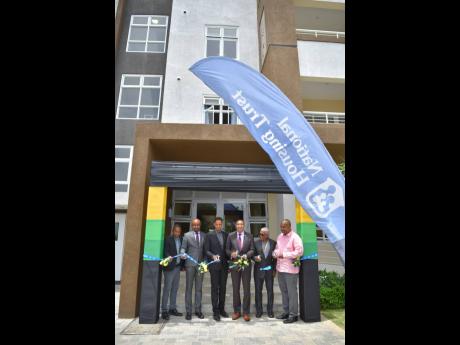 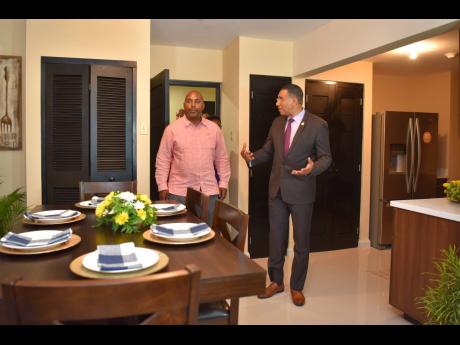 Under the initiative, introduced in 2019, private developers are invited to participate in the development of properties held in the NHT’s land bank.

Prime Minister Andrew Holness, who has portfolio responsibility for the entity, said that one- and two-bedrooms units and serviced lots are being targeted for development under the initiative.

“More than 10 per cent of our commitment to new housing solutions will be delivered in collaboration with private-sector developers under the developers programme,” he said.

“The NHT would not have to tie up resources in being project managers and doing the preparatory work. It could be a straight engagement with the private sector,” he pointed out.

The prime minister was speaking at the official opening and handover of phase one of the NHT’s Ruthven Towers apartment complex in St Andrew on Wednesday, August 3.

Holness advised that the NHT has targeted for development 1,500 housing solutions in 14 communities across Kingston and St Andrew. Among these are Majesty Gardens, Vineyard Town, Rasta City and Foreshore Road.

This will increase the delivery by almost 100 per cent the number of NHT solutions in the Corporate Area, which stands currently at about 8,000 housing units since the entity’s inception in 1976.

“So, within that 1,500, we are making sure that the majority of those go to affordable income and the lowest income-earning categories so that there is genuine societal equity in how the NHT operates,” he assured citizens.

Phase One of the eight-storey Ruthven Towers apartment complex, located at 1-3 Ruthven Road, comprises 86 units, of which 72 are one bedroom and 14 are two bedrooms.

Among the features of the development are underground and roof potable water storage tanks, a storm-water drainage system, sewage collection/conveyance system connected to the National Water Commission’s main, laundry areas, perimeter fencing, and a standby generator.

The prime minister advised that the NHT would be proceeding with Phase Two of the Ruthven Towers development, which will comprise approximately 234 apartments.