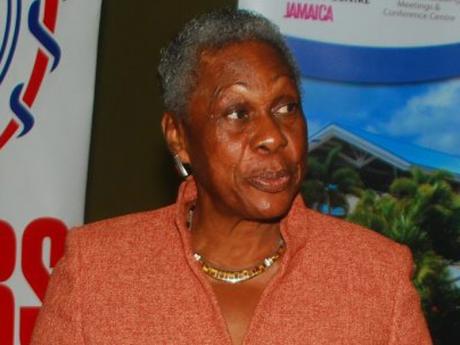 Tomlinson-Brown was the Rector’s Warden at the Holy Trinity Anglican Church in St James where she worshipped, and was a former chairman of the Jamaica Cultural Development Commission Advisory Committee.

The first female superintendent of police in western Jamaica Jasmine Tomlinson-Brown has died.

Tomlinson-Brown retired as a senior superintendent in the Police Area One which covers Trelawny, St. James, Westmoreland and Hanover.

She died on Tuesday following a recent surgery.

An active member of the Montego Bay community, after retiring from the Jamaica Constabulary Force several years ago, Tomlinson-Brown joined her husband in his business Owen Brown Custom Brokers, where she worked until her death.

The news has left the western city in mourning, with the president of the Montego Bay Chamber of Commerce and Industry, Oral Heaven lauding her as one who played a pivotal role in the organisation.

“You would not have known she was not a director of the Chamber, because she was always willing to work on any committee she was asked to. Giving back was her thing. She believed in service and her city," he said.

Tomlinson-Brown was serving on the fundraising committee and attended meetings with the members last Monday, added Heaven.

She was a Justice of the Peace.

Tomlinson-Brown was also the Rector's Warden at the Holy Trinity Anglican Church where she worshipped, and was a former chairman of the Jamaica Cultural Development Commission Advisory Committee.

She leaves behind her husband Owen, daughter Oneisha and son Owen Jr.