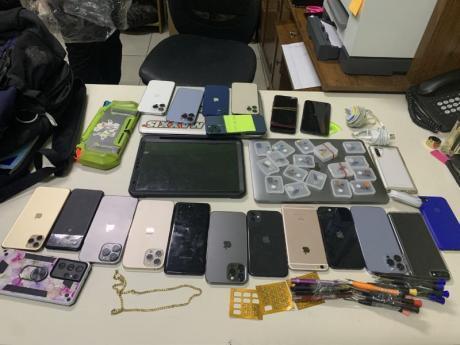 The three defendants were held and later charged following a police operation on July 31, during which several items were seized. -File photo

One of the three men accused of stealing $2 million worth of cell phones during the recent Dream Weekend party event has been sent for medical treatment after he collapsed in the Westmoreland Parish Court today.

Presiding judge Sean Walters made the order in relation to Warren Scavella, when the defendant fell and appeared to cough up blood moments after the bail hearing was put off to August 16.

The bail hearing, which had been originally set for August 3, was deferred a second time following the revelation that the defendants' criminal records had not been brought from Kingston.

The other accused in the case are Kieron Liscombre and Denvere Robinson.

The three defendants were held and later charged following a police operation on July 31, during which several items were seized.