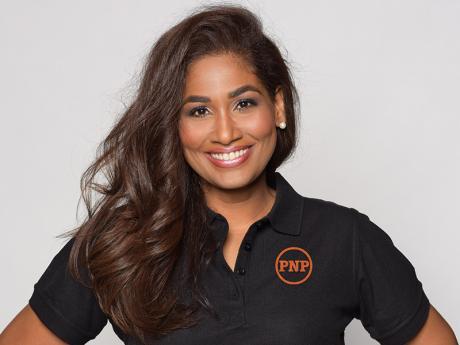 In a letter sent to PNP leader Mark Golding on Tuesday, the South East St Ann MP informed that she would not be seeking re-election.- File photo

Members of the Jamaican Diaspora have expressed surprise, shock and dismay at the announcement by People's National Party (PNP) member of parliament, Lisa Hanna, that she will be stepping away from representational politics at the end of her current term.

In a letter sent to PNP leader Mark Golding on Tuesday, the South East St Ann MP informed that she would not be seeking re-election.

“When she was in New York recently, as part of the PNP delegation, I spoke with her and she gave no hint that such a decision was coming,” said Clarke.

Clarke said she viewed Hanna as a leader and possible future prime minister of Jamaica. “I saw her as a big player in the continued growth of the party,” she said.

However, Clarke pointed out that Hanna does not have to be in elected politics to make a difference in the development of the party and the country.

“Each person has to know when he or she has fulfilled his or her responsibility and it is time to step aside. It is better to leave while at the top of your game and I am sure that she will continue to be a success in the future,” Clarke said.

Dorret Aarons, a member of the executive of the Jamaica Progressive League in New York, an affiliate organisation of the PNP, said that she was shocked and disappointed at the announcement by Hanna.

“This announcement really caught me by surprise given the interaction we had recently,” said Aarons.

Aarons, who herself served as a PNP councillor in Jamaica, said she has no doubt Hanna "will continue to be a success in whatever she undertakes to do”.

Former St. Johns University professor, Clover Hall said: “She will be in Atlanta this weekend attending our Atlanta Jamaica Association Independence Ball and I hope that she will take the time to say what her next step will be.”

Another member of the Diaspora, Burchell Cummings, questioned whether Hanna was forced out or got tired of politics and decided to walk away.

“This is such a sudden decision for someone who believes strongly in the principles of the PNP and who articulated those principles whenever she got the chance. There must be something why she just decided to leave,” he speculated.

Byron Parkes, a former member of the executive of the Jamaica National Movement, a PNP Group in New York, said that her resignation shows that the party is still not settled.

“It could be that she decided to step away before she is destroyed,” he said.