ZOSO ‘may be losing its flavour’ 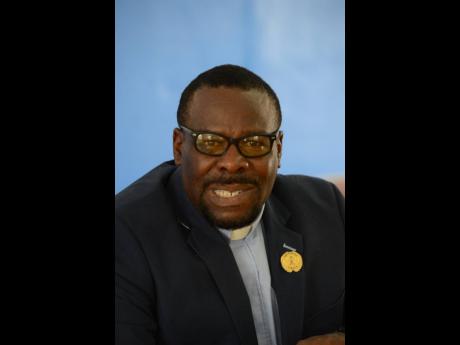 CUSTOS OF Westmoreland Rev Hartley Perrin believes that the zone of special operations (ZOSO), which was implemented in Savanna-la-Mar, Westmoreland, since January this year to stem the spike in murders, is now “losing its flavour”.

Perrin’s comments follow the death of Adrian Samuels, a Westmoreland Municipal Corporation groundsman, who was gunned down close to the boundaries of the ZOSO in Savanna-la-Mar, while he was making his way to work in the wee hours of Monday morning.

“I don’t known the motives behind this particular killing, but like all the other killings, it’s most unfortunate,” the custos stated.

“If not perhaps for the zone of special operations, we would be having more murders. But (I) have always been one who felt that too much of one thing is almost good for nothing,” Perrin noted of the community occupation by the security forces.

“If they are on the ground so long, after a while they will lose their effectiveness. So I have always been the one who says, ‘draw it out for a while and bring it back’. But to be there consistently, persons will take it for granted.”

Perrin related that persons living within Savanna-la-Mar are now so familiar with the presence of the ZOSO that they go about their daily business without even thinking that it’s actually there.

“We go through the zones now without even thinking about it. We just go through without thinking about going through, and sometimes the officers are not even as alert as they used to be; they just allow people to go by,” he said.

“So I would not blame the ZOSO, but I would say it may be losing its flavour somewhat,” the custos stated.

Further, he noted that along with the security forces, the Church is also trying its best to help in restoring peace in the communities.

Perrin again made an appeal to the residents of Westmoreland, and more so those living in Savanna-la-Mar, to remain calm and faithful, and that they should work alongside the police and tell them what they know about crime, including this latest murder of Samuels.

According to the Westmoreland police, at about 5:30 a.m., Samuels, otherwise called ‘Dog’, of the Sharleen community in Savanna-la-Mar, and who was employed to the Savanna-la-Mar Municipal Corporation as a groundsman at the Savanna-la-Mar Transport Centre, had just ridden out of his yard on his bicycle, heading towards his place of work.

On reaching the entrance to Doyley’s Funeral Home, a few chains from his home, Samuels was pounced upon by armed men who shot him multiple times. The police were summoned and upon arrival, Samuels was discovered suffering from multiple gunshot wounds, and was taken to the Savanna-la-Mar Hospital, where he was pronounced dead.