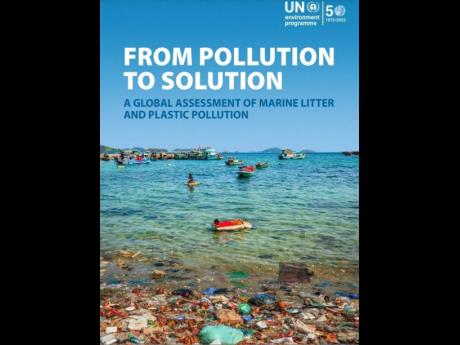 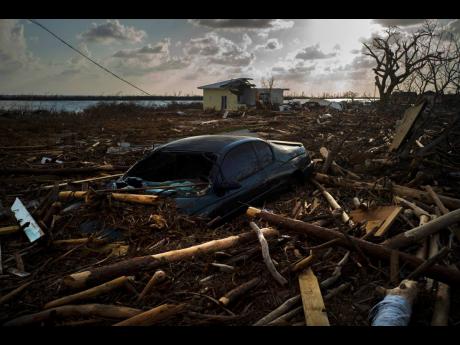 AP
A car is sunk in the wreckage and debris caused by Hurricane Dorian in Grand Bahama, The Bahamas, in September 2019.
1
2

WITH THE plastics challenge compounded by the COVD-19 pandemic, which has seen large volumes of plastic waste from personal protective equipment and additional packaging discarded directly into the environment, the need for urgent and collective action to protect and restore oceans has never been clearer.

So says the latest report on the subject from the United Nations Environment Programme (UNEP), titled From Pollution to Solution: A Global Assessment of Marine Litter and Plastics Pollution.

Among the key findings from the assessment is that marine litter and plastic pollution have been growing rapidly, with emissions of plastic waste into aquatic ecosystems projected to nearly triple by 2040, in the absence of meaningful action.

“The scale and rapidly increasing volume of marine litter and plastic pollution are putting the health of all the world’s oceans and seas at risk. Plastics, including microplastics, are now ubiquitous. They are a marker of the Anthropocene, the current geological era, and are becoming part of the Earth’s fossil record. Plastics have given their name to a new marine microbial habitat, the ‘plastisphere’,” said the report, published in 2021.

Hang in the balance

Human health and well-being also hang in the balance, with, among other things, ‘the open burning of plastic waste, ingestion of seafood contaminated with plastics, exposure to pathogenic bacteria transported on plastics, and leaching out of substances of concern to coastal waters”.

“The release of chemicals associated with plastics through leaching into the marine environment is receiving increasing attention, as some of these chemicals are substances of concern or have endocrine-disrupting properties. Microplastics can enter the human body through inhalation and absorption via the skin and accumulate in organs, including the placenta,” the report revealed.

“Human uptake of microplastics via seafood is likely to pose serious threats to coastal and indigenous communities, where marine species are the main source of food. The links between exposure to chemicals associated with plastics in the marine environment and human health are unclear. However, some of these chemicals are associated with serious health impacts, especially in women,” it added.

Also in danger is marine life, with plastics the “largest most harmful and most persistent fraction of marine litter” and accounting for at least 85 per cent of total marine waste.

“They cause lethal and sublethal effects in whales, seals, turtles, birds and fish, as well as invertebrates such as bivalves, plankton, worms and corals. Their effects include entanglement, starvation, drowning, laceration of internal tissues, smothering and deprivation of oxygen and light, physiological stress, and toxicological harm,” the report explained.

And then there is the influence on the climate.

“Plastics can also alter global carbon cycling through their effect on plankton and primary production in marine, freshwater and terrestrial systems. Marine ecosystems, especially mangroves, seagrasses, corals and salt marshes, play a major role in sequestering carbon. The more damage we do to oceans and coastal areas, the harder it is for these ecosystems to both offset and remain resilient to climate change,” the report warned.

Climate change is a clear and present danger to societies globally, but Caribbean and other small islands states are especially vulnerable to its impacts, such as sea level rise and extreme weather events, including hurricanes and droughts, which have impacted the region over recent years. That vulnerability rests not only on their small size and geographic location, but also on their dependence on climate-vulnerable sectors, including tourism and fisheries, and prevailing economic challenges.