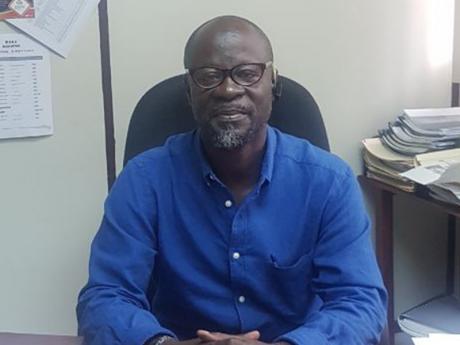 Simpson has worked with the Ministry of Agriculture and Fisheries for than 30 years in various departments.- Contributed

Agricultural engineer Winston Simpson has been appointed to act as chief executive officer of the Rural Agricultural Development Authority (RADA).

The temporary appointment comes almost a year after the former head was reassigned to the Jamaica Agricultural Commodities Regulatory Authority.

An agriculturalist by training, Simpson has worked with the Ministry of Agriculture and Fisheries for than 30 years in various departments.

Simpson comes to the position after the ministry failed in its effort to attract suitable applicants and was forced to advertise the position for a second time.

It is expected that Simpson will place greater emphasis on climate smart agriculture, including the adoption of climate resilience farming practices.

At last September's launch of the LASCO-sponsored Releaf Environmental Awareness Programme at the White Marl Primary School in St Catherine, Simpson urged more schools to grow their own produce in order to increase consumption of local foods and cut down on imports.

Jamaica's food import bill now stands at about US$1.2 million, just about a fifth of the total amount the region pays out for imported food.