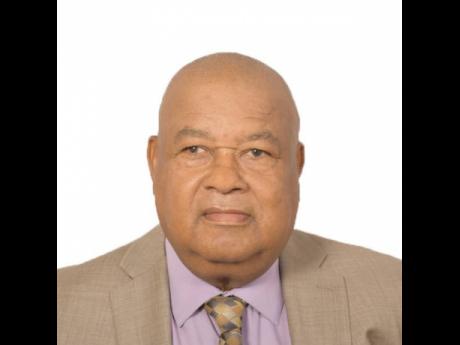 Among the development plans Lenworth Fulton, outgoing president of the Jamaica Agricultural Society (JAS), said his administration was unable to deliver on because of the constraints on public gatherings caused by the COVID-19 pandemic, was the establishment of a training facility that would serve the needs of the JAS, as well as the wider needs of the Ministry of Agriculture and Fisheries, Jamaica and the Caribbean.

The aim was to build on the plan by then JAS President Norman Grant to establish the Roger Clarke Food Court on the Denbigh Showground, to replace the vending area used by food vendors and replace them with a combination of cookshops and restaurants on the ground floor, while the upper section would be a hotel. However, the plan was derailed when the May Pen Parish Council put a stop order on the construction, accusing the JAS of failing to get its approval. That matter is yet to be resolved, but Fulton is confident that the concept behind it makes the matter worth pursuing. However, he said he would tweak the plan.

Instead of a hotel, the incumbent president thinks a hostel, developed in collaboration with the JAS, Jamaica 4-H Clubs, the Rural Agricultural Development Authority and the HEART Trust/NSTA, and so designed as to provide year-round training and certification for people looking to enter the service industry, would now be a better idea. The facility would be designed to serve the needs of Jamaica as well as other Caribbean countries. A hostel is defined as an establishment which provides inexpensive food and lodging for a specific group of people, such as students, workers, or travellers and is in keeping with Fulton’s development agenda.

“I see differently than JAS trying to own this project. I see it as a joint venture that I had wanted to pursue, but because of COVID-19, a lot of things fell apart. It was one of my plans for the redevelopment of the grounds. I think it is a good plan because people would get certified and the buy-in from the wider agriculture sector would be great. You would need farmers to provide an ongoing source of domestic crops and the scope for value-added product such as local drinks, jams, marmalade would be unending. It would also serve as a centralised training facility for the Ministry of Agriculture and Fisheries, since the facility at Twickenham Park, St Catherine, is outdated,” he told The Gleaner.

Fulton’s administration should have been replaced by a new executive at the annual general meeting preceding this year’s annual show but that move was stalled by a lawsuit brought by one of the JAS’s association of branch societies, with the first court hearing set for October 5. However, one of the plans initiated by Fulton and set to come on stream after his departure involves a contractual arrangement with the Jamaica Defence Force (JDF), which would lend greater security to the 52-acre property, which is largely unused for most of the year.

“We have had correspondence with them (JDF) to put up temporary barracks at the back of the grounds to protect that area of the island which would lend security support to whatever we do at Denbigh. Because that would be part of the agreement for them to patrol the grounds and they are already in the process of surveying the piece of land to put up their barracks,” Fulton disclosed.