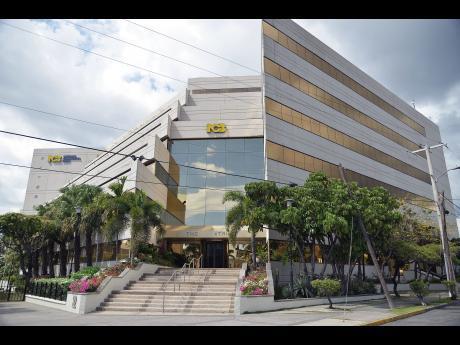 The Court of Appeal judge said there is a real risk that if the stay of execution was granted and the accounts of Chagod remain frozen, the company may face financial ruin.

The National Commercial Bank (NCB) has lost its bid to withhold monies belonging to a transportation company whose customers have reported alleged fraudulent activities involving their credit cards.

On July 29, the Court of Appeal turned down the bank's application for a stay of execution of a Supreme Court order which directed the bank to release Chagod Tours Jamaica Limited's money.

NCB has a point-of-sale merchant services agreement with Chagod which allows credit card transactions to be run through the company's accounts at the bank.

NCB has claimed that between December 2021 and April 2022, there was a significant increase in the number of alleged fraudulent transactions reported by credit card users perpetrated on its cardholders connected to Chagod's business.

The fraud allegedly involved cardholders being billed for services they had not requested or received.

On May 2, NCB suspended the operation of the point-of-sale merchant services it had with Chagod and froze its bank accounts.

Chagod took the issue to the Supreme Court in June seeking an order for the bank to release all sums in its accounts above US$ 415,540.

It asserted that because the bank had frozen its three accounts, it could not pay its staff or business expenses.

Chagod argued that the only issue raised by NCB were chargeback issues in relation to certain transactions in which it said it gave adequate explanations.

Supreme Court Justice David Batts ordered that the bank release all sums in Chagod's three accounts over and above US$600,000 until the trial or further order of the court.

NCB appealed the Supreme Court ruling and last month the Court of Appeal dismissed its application.

Acting Court of Appeal judge Kissock Laing, who granted the order, said: "NCB is a major financial institution which will be able to survive, largely unaffected, even if it turns out that the sum of US$600,000.00 does not cover the chargeback claims arising from transactions processed by Chagod, and if enforcement measures leaves it with a shortfall and a loss which it has to absorb."

On the other hand, there is a real risk that if the stay of execution was granted and the accounts of Chagod remain frozen, the company may face financial ruin arising from its inability to pay its staff, fund its business expenses and generally manage its affairs as a solvent commercial entity, the judge said.

“The reputational damage would also be significant,” Justice Laing said, adding: "having regard to its right to retain some frozen funds, the refusal of the stay of execution will not result in Chagod receiving the entirety of the primary relief which it has claimed. If the stay is granted there is areal risk of immediate harm to Chagod"

Laing said: "In assessing what order best accords with the interests of justice, I have arrived at the conclusion that such order is for a refusal of the application for the stay of execution."