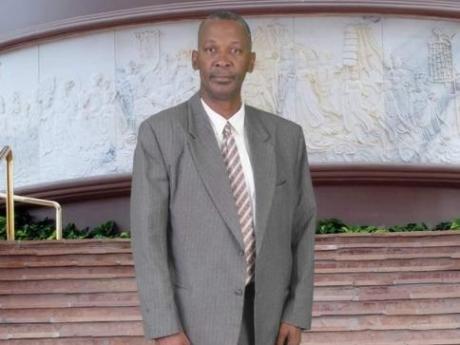 The veteran cop who retired from the JCF in 2020, was discovered lying in a pool of blood, inside his bedroom, with a single bullet wound to his head, still clutching his licensed firearm.- Contributed

Deputy Superintendent of Police and Acting Commanding Officer in Charge of Trelawny, Winston Milton, has described former Inspector of Police, Ralph Medley, who was found dead on Friday, as a champion for the cause of true policing.

DSP Milton was speaking to The Gleaner shortly after news broke that Medley, 62,  allegedly committed suicide by shooting himself at his home in Montego Hills, St James, between Thursday night and Friday morning.

The veteran cop who retired from the JCF in 2020, was discovered lying in a pool of blood, inside his bedroom, with a single bullet wound to his head, still clutching his licensed firearm.

"News of the unfortunate death of late retired Ralph Medley, came to us as a shock earlier today," DSP Milton told The Gleaner.

"Retired Inspector Medley served the Trelawny Division up to August of 2020, prior to that we would have served together in St James and Westmoreland."

"I have found Inspector Medley to be a loyal, dedicated and committed police officer during his tenure in the organisation, he was a champion for the cause of policing," he added.

DSP Milton stated that Medley, who served the Police Federation Inspectors' Branch for a considerable period of time, always championed the cause of the rank and file within the organisation.

"His death is a great loss to us, he will be greatly missed for his contributions to the force, even up to the time of his death," DSP Milton stated.

Reports are that Medley, who lives with other family members at his Mahagony Close home, retired to bed on Thursday night.

When he was not seen on Friday morning by his wife, who had just returned to Jamaica, a check was done about 10 a.m. and the gruesome discovery was made.

The former police inspector joined the Jamaica Constabulary Force from the file of cadet, and served for 43 years.