Section of Howard Cooke Bridge to be closed 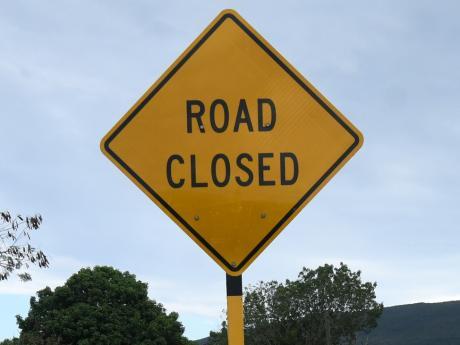 The agency adds that the public should expect delays, especially during peak hours.

The National Works Agency (NWA) says it will be closing the northern carriageway of the Howard Cooke Bridge, in Montego Bay, St. James, as of August 17.

This section of the roadway, in the vicinity of Harmony Beach Park, will remain closed for six weeks, while repairs to the bridge are carried out.

The NWA says the closure will primarily affect road users who are exiting the city centre via Howard Cooke Boulevard.

The agency adds that the public should expect delays, especially during peak hours.

Community Relations Officer for the NWA's Western Region, Janel Ricketts, says road users, travelling along Howard Cooke Boulevard, towards Sangster International Airport, may travel via the lower section of Market Street, in the vicinity of the Baywest Shopping Centre, turn left on to Harbour Street, and then proceed to Queens Drive, or Jimmy Cliff Boulevard.

Motorists are also being encouraged to use alternative routes to bypass the city centre.

The NWA is also advising that in order the Harbour Street and Market Street intersection will be closed to vehicular traffic to reduce congestion during the period. As such, no through traffic will be allowed from Harbour Street on to Market Street. Motorists will instead travel via Church Street.