Britain is sleepwalking into a nightmare 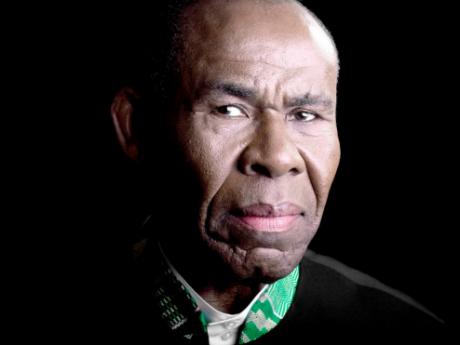 I’m sure I am one of very many who find the current Tory leadership contest deeply depressing. But it’s not just depressing, it represents one of the most dangerous moments in British politics.

Kenan Malik, writing in The Observer on July 3 about Marine Le Pen and the recent French presidential election, noted” “In April, Le Pen lost to Macron in the presidential elections but won 41 per cent of the vote in the second round …The rise of the FN/RN (Front National and the renamed Rassemblement National) was effected not only through the party’s success in detoxifying itself, but also by the willingness of mainstream politicians, on left and right, to appropriate far-right themes, aiding the normalisation of the party and its ideas.”

One does not need the British National Party or Britain First to have persevered in penetrating mainstream politics and wooing the electorate as Marine Le Pen has clearly succeeded in doing in France. That process of normalisation has been ongoing in British politics for as long as I can remember.

What is dangerous is that it has become so mainstream, both before the 2016 Brexit referendum and since, that the likes of Nadine Dorries, Liz Truss, Rishi Sunak, Priti Patel, Kemi Badenoch, and Boris Johnson could boldly make pronouncements and announce measures that pander to a white and increasingly right wing electorate, including those who once were solid Labour voters and now applaud the Conservatives for finally dealing with the immigration issue by delivering Brexit.

I had been in the UK only four years before Enoch Powell made his infamous 1968 ‘Rivers of Blood’ speech. My father had lived through the 1958 race riots in Notting Hill and in St Ann’s, Nottingham, the racist murder of Kelso Cochrane in Ladbroke Grove in 1959 and was himself nearly murdered by racists on his way home from work in west London in the aftermath of Powell’s speech in 1968.

While we in the Campaign Against Racial Discrimination, the West Indian Standing Conference, the British Black Panther Party, the Black Unity and Freedom Party, among others, fought to get the state and its apparatuses, especially the police and the courts, to defend black people’s rights, successive governments were focusing the entire nation on immigration and stemming the growing black presence.

The police were thrust centrally into that role and more and more organised racist and neo-fascist groups saw it as their patriotic duty to operate outside the law and attack, maim, and kill African and Asian citizens at will, with the state uttering words of condemnation while remaining complicit. In time, black deaths in police custody were to become mainstream and far more routine than murders by racists and right wing groups. So by the time George Floyd was murdered in Minnesota, we had clocked up scores of victims of police killings this side of the pond.

Against that background, we fought for the anti-discrimination legislation that parliament eventually put in place, notably the 1968 Race Relations Act, the Race Relations Act 1976 – Amended 2000, as well as campaigns against government policies and practices that contravened that very legislation. But while putting that legislation in place, successive governments demonstrated that they were doing so grudgingly and sparingly, not least by ensuring that there was no effective enforcement of anti-discrimination legislation and of the Human Rights Act.

So although in 1968, the establishment sought to make a pariah of Enoch Powell, because to be so blunt and upfront as he had been to ‘call a spade a spade’ was just not cricket, in that it contravened the code of British hubris, pretty much everything successive governments did after Powell was according to a virtual implementation plan that Powell himself might have handed to them. This explains the so-called Windrush Scandal and the numerous violations of African and Asian British residents’ human rights that preceded it year on year in previous decades.

Immigration and race continue to define the trajectory of British politics as if the notion of a One Nation, multiethnic state is a contradiction. All the contenders in the Tory leadership race have been speaking principally to white Britain about white Britain and its preoccupations and anxieties. And although 97 per cent of the population have no say in who the Conservatives choose as their leader and therefore prime minister, the two remaining contenders have their eyes firmly on the 2024 general election.

So the string of policy commitments those two are making constitutes in large measure a right wing manifesto for a Britain run by a Conservative government. For example, two-way traffic from Britain to Africa, including Rwanda and more ‘partners’, offloading black ex-offenders, refugees, asylum seekers and so-called illegals and bringing in highly qualified and skilled workers to rescue the NHS and fill other skills gaps. And perhaps most dangerously of all, seeking to minoritise the entire Black and Global Majority population in the country, including those whose parents and grandparents were born here, by introducing a binary classification of White English and Ethnic Minorities.

This form of othering is a recipe for disaster on several counts. Minoritising sits on a spectrum with marginalising, excluding, dispossessing, and disenfranchising. At its crudest, it shouts: If you’re white, you’re all right. If you’re black, stay back, and better yet, go back, born here or not. It sends out a very clear message to racists and neo-fascists that these ethnic minorities don’t belong, are not wanted, and should never be allowed to feel that they have an equal status in Britain with that of white folk. By implication, it is also saying to African and Asian British citizens that they should not presume that they have the right to determine the future of the society and how they would deal with the legacy of empire and the racism that thwarts their life chances and those of their children.

Labour has much to undo and even more to do to make up for its past failings and its own appalling performance in tackling racism and engaging with demands for reparatory justice. It is far too silent on the government’s current and proposed policies and practices. On present showing, the Black and Global Majority population have no reason to believe that Labour under Keir Starmer’s leadership will reverse any of what the current government has put in place, whether that be its Rwanda scheme, deportations to the Caribbean and Africa, the Windrush scandal, or the ‘bonfire of rights’.

Labour’s own right wing and its historical pandering to the basest instincts of the electorate on the question of immigration and nationality, with the underlying trope of ‘keep Britain white’ will continue to present black Britain with a choice between the devil and Lucifer. Painfully, we have enough evidence of Lucifer at work in the current Cabinet and must brace ourselves for more in a government led by either Truss or Sunak.

n Professor Augustine John is a human rights campaigner and honorary Fellow and associate professor at the UCL Institute of Education, University of London.