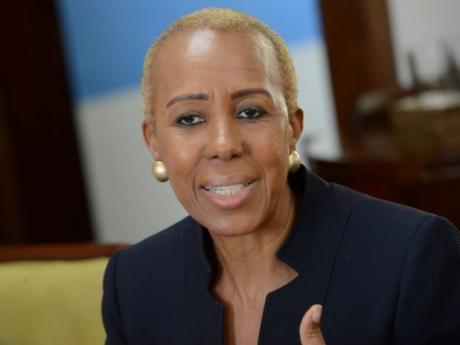 Williams: "We have to get more creative than that when there is a violation of the rule." -File photo

Education Minister Fayval Williams says school administrators need to be more creative in punishing students for indiscipline rather than seeking to lock them out as a first option response.

Williams emphasised the government's policy during the first consultation on the ministry's draft dress and grooming policy for public educational institutions, with school leaders and Deans of Discipline at Jamaica College in St Andrew on August 9.

“We are saying that going first to locking out a child is never acceptable at our schools. Never. There have to be other ways of dealing with it, other than using the draconian way of locking them out of school because that has all kinds of issues associated with it,” she said.

“We have to get more creative than that when there is a violation of the rule,” she emphasised.

Williams noted that while the ministry understands that schools operate in varying contexts, barring students from entering contravenes article 28 of the United Nations Convention of the Rights of the Child, as well as the 2004 Child Care and Protection Act.

“We are also aware that there are cultural dynamics and differences of opinion as to what may be considered appropriate and relevant to the child's education,” she said.

She further disclosed that the proposed policy will establish a comprehensive framework for dress and grooming for public schools while taking into consideration cultural identity, climate situations, socio-economic conditions of parents and the aims of educational institutions.

Further consultations with education stakeholders are expected to take place.