MoBay’s Howard Cooke Boulevard bridge to be closed for repairs 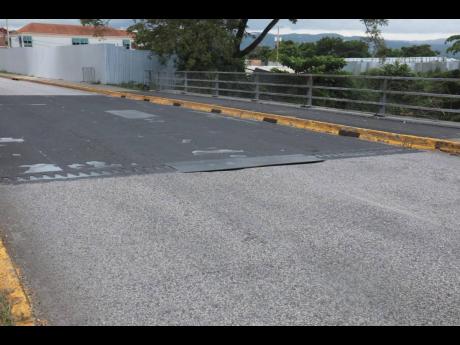 MOTORISTS AND and other road-users traversing the streets of Montego Bay, St James, will have to brace for traffic changes in coming days as the National Works Agency (NWA) prepares to do repair work on a section of the city’s Howard Cooke Boulevard bridge.

The repairs to the bridge, which were the subject of a stakeholder meeting hosted online by the NWA on Thursday evening, are tentatively expected to begin on August 17, with the roadway leading to the bridge to be closed for six weeks.

Janel Ricketts, the community relations officer at the NWA’s Western Regional Office, told the meeting that various media will be utilised to keep the public updated on the repair work’s progression once it has started.

“The reason why the work has not started yet is because we have not fully finalised all that is needed. We now have to take into consideration some of these issues here, and so we are planning to use radio, television, social media, as well as print media, to get the information across,” Ricketts told stakeholders in attendance.

The repairs to the bridge, located in the vicinity of the Baywest Shopping Centre and the Harmony Beach Park in downtown Montego Bay, will result in traffic coming along Howard Cooke Boulevard from the direction of Fairview being diverted onto Market Street. Motorists seeking to access Jimmy Cliff Boulevard and Queen’s Drive will have to travel along Harbour Street going toward the traffic lights in the vicinity of the local KFC outlet, with no parking being allowed on Harbour Street.

Issues with the bridge’s structural soundness had previously emerged in 2020, when residents of Montego Bay complained about a gaping pothole along the road, which had been there from as early as 2017. Pools of water, which settled on the roadway, were also a cause for concern as they, along with the hole, presented a danger to motorists.

At that time, the NWA carried out repairs to include the welding of a metal plate over the pothole, along with extensive drain cleaning to address the flooding concerns in the area.

Speaking with The Gleaner following Thursday’s online meeting, Ricketts recommended that motorists use alternative routes to their planned destinations to avoid Howard Cooke Boulevard, if possible.

“One of the things we are encouraging persons to do, is that those who are familiar with the alternate route that bypasses the City Centre location (downtown Montego Bay) are encouraged to travel on those sections. For example, travelling by way of Mt Salem on to Felicity Road, going on to Dr Horace Chang Boulevard, then to Ironshore, and then making their way on to the Elegant Corridor,” said Ricketts.

“Prior to this meeting, we had a traffic committee meeting where we met with different stakeholders in terms of enforcement, to include the police and the St James Municipal Corporation. We know that enforcement has to be a key part of the process,” Ricketts added. “We are expecting some amount of congestion, but we are really trying to sensitise persons to ensure that we have as smooth as possible a flow of traffic within this area.”