Bringing in the sheaves – Part II 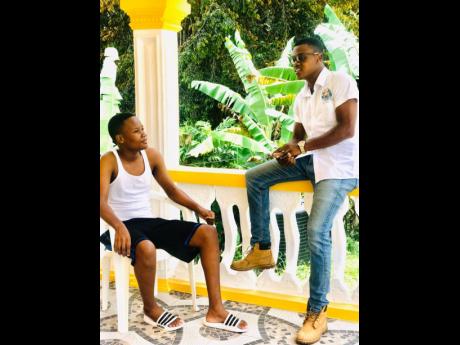 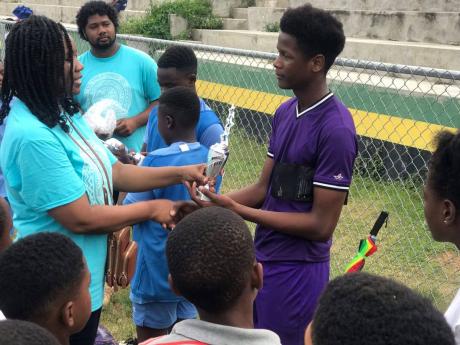 Contributed
A youth receiving a trophy he won after the football tournament. 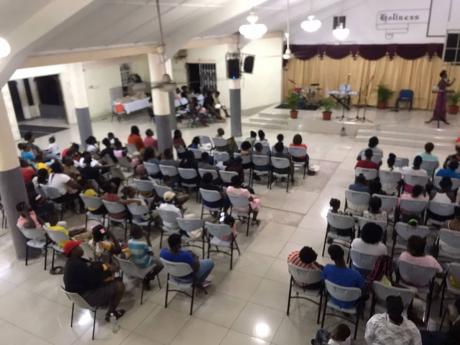 Contributed
Some of the participants in the Vacation Bible School.
1
2
3

“The community in which my church is, is a rural community, so we have to flip the script: Church could not be church as normal. In Easter, at the peak of COVID, I had to go out there in the community, section by section, and had three services each Sunday. That Easter, when I went out, people gathered in their yards with their Bibles, and that was how we had church, community churching,” Pastor Ja’Vaughn Taylor of the Central Gospel Chapel in Aleppo, St Mary, explained.

He was talking recently with Family and Religion about the challenges of not having regular services during the height of the COVID-19 pandemic and how he had dealt with such challenges. However, he is concerned that many of his flock and visitors have not been attending services since the suspension of COVID-19 restrictions by the Government.

This observation was also for other places of worship. But the young preacher man was not going to sit with his palm to his cheek wondering about whether they would ever turn up. The shepherd was going to find his sheep, many of whom had been lost to social media.

He said: “The media has a part to play in it, for everybody is searching for identity. A lot of young people have lost their identity. So social media is saying, ‘Hey, this is the way you should look, these people are living happy lives’, but these young people do not know that these things are fake. So because of that, young people are now going out of their way, way beyond their reach.” They are turning to many avenues, except the ones along which the churches are located, to acquire what social media say that they should have.

“What I would like to tell the young folk is that it is bogus. Don’t fall for it. Don’t fall for it. It is better to live a life knowing that there is a God than living on social media, which is telling you who you are and what you should be,” was Taylor’s response to how he could counteract the powerful messages of self-image that social media convey.

“The Bible tells us we were made in the image of God, so the character we should run after is the character of Christ. I am appealling to the young out there that are weighing whether they should recommit themselves to the Lord or continue on their way … that they should come back, come back to the Lord because the Lord needs us.”

So recently, when a delegation, including Bible scholars from an affiliate church – Germantown Christian Assembly, in Philadelphia – was in the island for a week, Pastor Taylor got an idea for an intervention, to ask for their help to pull the young people back into the church with teaching, training, and socially engaging activities “to help to mobilise their minds in such a way that they can think and make positive changes”. For he had found their absence from the church “troubling”.

He also contacted associates from other local churches with the idea of bringing the youth together, and “it was a massive success”, Taylor said. In one week of ministry, there was a leadership summit, Vacation Bible School, and a United Youth Fellowship in which people from four parishes met in Highgate, St Mary, for a time of fellowship and renewal under the theme ‘Ignite and Empower to Reach our Generations’. One of the presenters, youth leader Nicholas Grant of the Germantown congregation, left a gold baton, symbolic of the need to continue the work that has been put in place to bring in the sheaves. His father, Bryan, was also in attendance.

There was also a football tournament, at the end of which trophies were handed out. It was a sort of physical fellowship through sport. The trophies were donated by Neville Johnson of the Northeastern Missionary Conference. Many of the participants are from communities where there is much conflict, and to lure them away, even for a couple of days was great, Taylor said, especially for those who had “accepted Jesus Christ as Lord and personal Saviour” after prayer and sharing of the Word. The overseas visitors also brought over equipment, jerseys, football, boots, and offset the cost of transportation to the youth fellowship held at the Highgate Gospel Chapel.

Out of this experience, Pastor Taylor has concluded that there is hope for the youth and every community that is troubled but only if church leaders move from behind the walls of the churches and engage people in the communities. He was also encouraged by the number of parents who accompanied the children to the youth fellowship.

“This one week of ministry has started a spike in the vision of recapturing our youths from the world and bringing them back to Jesus Christ,” the 28-year-old Taylor said.