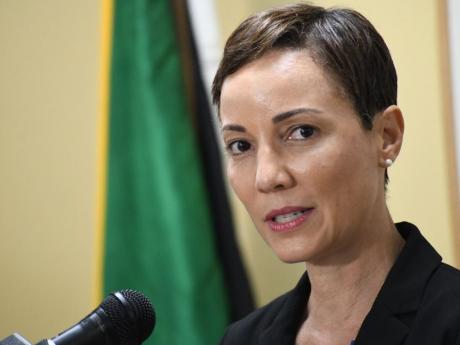 The affected Jamaicans are being encouraged to lodge formal complaints with the foreign affairs ministry. -File photo.

Minister of Foreign Affairs Kamina Johnson Smith says steps are being taken to get information on why Jamaicans were denied boarding in Panama.

Johnson Smith says the Ministry has been made aware that six nationals travelling to various destinations through Panama were refused boarding on their connecting flights.

According to her, the relevant airline was not forthcoming on the reasons for refusal.

She said Jamaica's honorary consul in Panama tried to assist.

“We were advised that the J'cans were not being deported (not an immigration issue) but due to the airline's refusal, they were not landed and were required to remain at the airport until the next return flight to JA (today),” the foreign minister outlined in a series of tweets this morning.

“The ministry has also started to make enquiries of the Dutch Gov't as they [Jamaicans] were next due to travel on KLM to the Netherlands,” Johnson Smith added.

Additionally, she noted that Jamaica will also make further enquiries of the Panamanian government on the issue as well as the alleged conditions in which the Jamaicans were placed at the airport.

The affected Jamaicans are being encouraged to lodge formal complaints with the foreign affairs ministry.