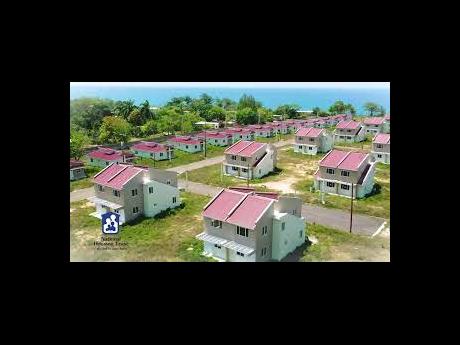 A still image of the NHT's Industry Cove Manor in Hanover.

Prime Minister Andrew Holness says the Government is in the final stages of putting in place legislation for the regulation of gated communities.

Holness says the proposed Gated Communities Act will be brought to Cabinet for deliberations.

After Cabinet approval, the proposed law will have to go before the Parliament.

Holness, who was speaking on August 12 at the handing over ceremony for the National Housing Trust's Industry Cove Manor development in Hanover, did not give a timeline.

“In communities like these (Industry Cove Manor) the value is only preserved if each homeowner preserves the value of their property," he said.

The Prime Minister underscored that the Government has a duty to protect homeowners so that the value of their communities does not depreciate hence the proposal for a Gated Communities Act.

He urged everyone to abide by the rules set by the community organisations.

Legislation for gated complexes has been promised for years.

In 2017, Holness said his administration would pursue the law.

At the time, he indicated that the law would empower corporations to enforce payment of maintenance fees and prevent persons from doing things that were not in accordance with the purchase agreement, among other things.

In 2003, Robert Pickersgill, the then minister of land, environment and climate change, promised plans to draft what was dubbed the 'Common Areas Act' - to deal with unruly residents and other gated-community woes.