CARICOM SG laments Caribbean neighbours not knowing about each other 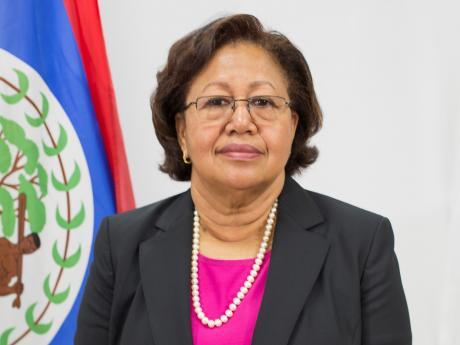 “Indeed, the CBU must ask itself if the level of content sharing among its members is satisfactory. Can Caribbean people see and hear themselves and each other on regional TV and radio systems?”- File photo

SCARBOROUGH, Tobago, CMC – Caribbean Community (CARICOM) Secretary General, Dr. Carla Barnett, Tuesday said despite an abundance of media, social media channels and cheaper means of accessing information, the Caribbean is still faced with the perennial hurdle of not knowing enough about each other.

Addressing the 53rd General Assembly of the Barbados-based Caribbean Broadcasting Union (CBU), in Tobago, Barnett said that there have been numerous attempts to create a consistent flow of information to fill that void.

“However, the lack of consistency no doubt due to cost factors has hampered those good intentions,” she said, noting that the Guyana-based CARICOM Secretariat has tried to engage with the Government Information Services to encourage regular and consistent exchanges of programming, but this has not been successful.

She recalled three years ago, at the instigation of the Barbados Prime Minister Mia Mottley, the Secretariat convened two brainstorming sessions with private and public media and tabled a proposal aimed at providing a 24-hour Caribbean news service to the region. But those discussions floundered on the rocks of legitimate concerns about intellectual property rights.

“There is need for a relook at how this can be facilitated so the Community's news, views and events are seen as a first option for our citizens, presenting our newsmakers in business, sports, culture and politics.”

She said the CBU, the parent company of the Caribbean Media Corporation (CMC), which groups media houses across the English, French, Spanish and Dutch Caribbean, is well-placed to re-examine the feasibility of such a product, particularly in an era in which technology is available to make the task that even more doable.

“Indeed, the CBU must ask itself if the level of content sharing among its members is satisfactory. Can Caribbean people see and hear themselves and each other on regional TV and radio systems?”

Barnett said that there are some present initiatives for content creation and sharing in the region and suggested closer collaboration between the CBU and CARICOM Secretariat “in an environment where our limited resources can be optimised for the benefit of all.

“This has been the driving purpose of our regional integration from the Federation through CARIFTA to CARICOM – using our collective resources to benefit all the people of our Community. It is the raison d'etre of the CARICOM Single Market and Economy (CSME) – collectively harnessing the human and natural resources, and capital of our member states to maximise the economic opportunities for all our citizens.”

She said that among the earliest beneficiaries of the free movement of skills regime under the CSME were media workers and it was hoped that this would allow media workers to travel the region and increase the information flows about and among the countries.

“There have been hiccups, particularly at ports of entry. However, despite this, a number of media workers sought to take advantage of the provision with some operating at decision-making levels in their media houses. According to data, between 2012 and 2018 – before COVID hit – there were approximately 60 skills certificates approved for media workers, while in 2018 seven media workers actually moved under the regime.

“I think it is fair to say that the expected outcome of this measure has not been fully realised, as in our national media we still see and read more about what is taking place in Washington, London and Ukraine than in Kingstown, Kingston or Belmopan, save for an election or a natural disaster.”

Barnett said while this may be due to content selection, she nonetheless wanted to cite the regional food import bill as one example.

“There is an undeniable link between the influence of the messaging of the imagined superiority of foreign products and its appeal to our consumers. Strange as it sounds, regional food which is fresher and more nutritious is seen as inferior.  Succumbing to that influence has contributed to an annual food import bill of more than five billion US dollars, and where imported food is preserved with salt and fats, the negative implications for health are also clear. “

She said the region has now embarked on an initiative to deal with food security in the region and that a successful Agri-Investment Forum and Expo was held in Guyana last May and a second will be staged in Port-of-Spain later this week.

“As both CARICOM and the CBU look to the next 50 years of advancing integration, it is clear that we will have to evolve to meet the changing demands of the population and to maintain our relevance,” she said, adding “we live in new times, exciting times, but in a time that demands more of us.