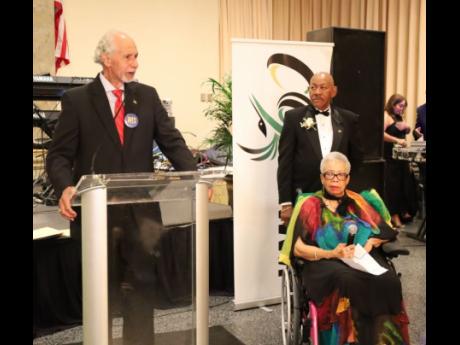 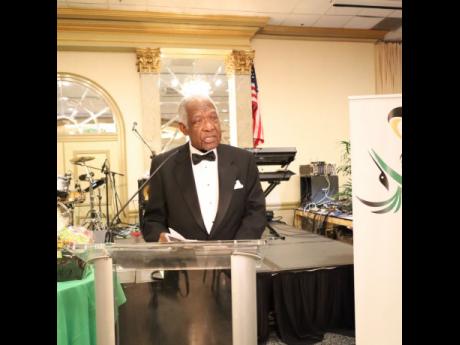 Dr Basil Buchanan expresses appreciation to the Jamaica Association of Maryland for honouring him with the Marcus Garvey Award on August 13, 2022. -Contributed photo
1
2

Jamaica-born Shirley Nathan-Pulliam, who was the first Caribbean person elected to the Maryland General Assembly in the United States in the more than 300-year existence of the body, has been honoured with a lifetime achievement award.

The Jamaica Association of Maryland presented the honour to the 83-year-old on August 13. She was elected to the Maryland House of Delegates in 1994 and served for 20 years before serving as state for five years until her retirement in 2019.

A Democratic member of the House of Delegates, she represented District 10, Baltimore County, from January 1995 to January 2015. She was elected to the Senate of Maryland in 2014.

Born in southern Trelawny, Nathan-Pulliam, a nurse by profession, grew up in Kingston, where she attended The Mico University College, a teacher-training institution in St Andrew.

She emigrated to the United States and worked in healthcare, before turning to representational politics in 1994.

Also recognised with the prestigious Marcus Garvey Award by the Jamaica Association of Maryland was Dr Basil Buchanan for his over 42 years of providing support to the Jamaican community in the DC/Maryland/Virginia area, and the Jamaican embassy in the US.

Among other things, he's noted for his work in getting legislation passed for the establishment of a permanent office on Caribbean affairs in the government of the District of Columbia, a first in the nation.

The awards were presented at the at the association's gala celebrating Jamaica's 60th year of independence at the Martin's West Ballroom in Baltimore.

Jamaica's Ambassador to the US Audrey Marks, in a message to mark the occasion, noted that: “Since lowering the red, white, and blue Union Jack and hoisting our esteemed black, gold, and green flag sixty years ago, Jamaica has experienced myriad successes in the spheres of diplomacy, arts, sports, academia, and entertainment.”

Her messaged was delivered by Community Relations officer at the Embassy Emile Wallace Weddell.

“We have produced countless firsts in a plethora of areas that have enabled Brand Jamaica to gain the recognition, acclaim, and credibility it deserves," she said.

Ambassador Marks paid tribute to members of the diaspora noting that “Our Diaspora is a critical element in our blueprint for nation-building and diasporans continue to keep Jamaica close to their heart and soul. With a generous spirit, they have adopted schools and clinics, disbursed scholarships, and grants, donated medical and educational tools, and remain committed to our island's development.”