Prosecutor Sophia Thomas wants back her job in Jamaica, PSC to decide 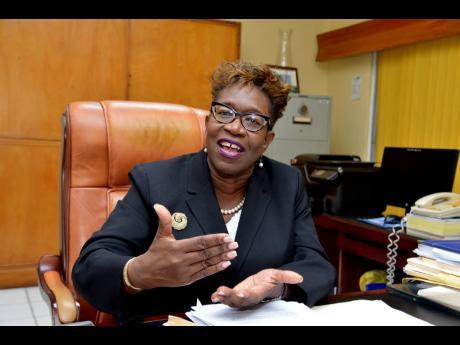 DPP Paula Llewellyn said her office received correspondence from Thomas on Monday, indicating her desire to return to her job in Jamaica.- File photo

The Public Service Commission is to be asked to determine if prosecutor Sophia Thomas is to be allowed to take up back her job in Jamaica.

Thomas, who was on secondment to the Office of the Director of Public Prosecutions in the Turks and Caicos Islands, was recently found guilty of professional misconduct by the disciplinary committee of the General Legal Council in Jamaica.

Arising from the ruling, Thomas resigned from that post last Friday and has since moved to seek to return to her job in Jamaica.

DPP Paula Llewellyn said her office received correspondence from Thomas on Monday indicating her desire to return to her post as assistant director of public prosecutions.

“Given the issues arising, this matter will be referred to the Public Service Commission for their consideration and advice,” Llewellyn told The Gleaner today.

Thomas' secondment to the TCI was approved by the commission in September 2021 and was slated to last two years.

The disciplinary committee of the General Legal Council found that while Thomas worked in the Office of the DPP, she violated the canons of professional ethics while prosecuting a fraud case in the Kingston and St Andrew Parish Court in November 2017.

The ruling arose from a complaint made in 2019 by Lowell Spence, a National Commercial Bank branch manager, who was freed of fraud charges in November 2017.

A date is to be set to give Thomas an opportunity to be heard in mitigation before a sanction is imposed by the committee.

It is the first time in Jamaica's legal history that a prosecutor has been found guilty of professional misconduct.

Thomas' attorney, Hugh Wildman, has stated that she has strong grounds of appeal and will be taking the matter to the Court of Appeal.