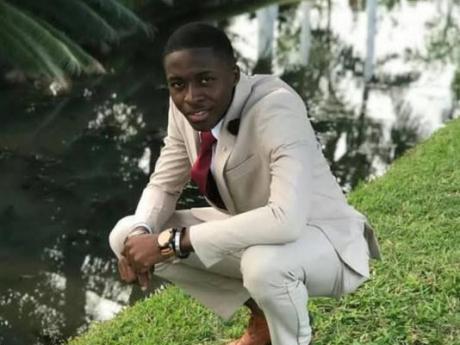 EDGARTOWN, Massachusetts (AP) — The search for the second of two brothers from Jamaica who went missing after jumping into the water from a Massachusetts bridge featured in the movie “Jaws” has been suspended because of hazardous conditions, state police said Tuesday.

Tavaris Bulgin, 26, and Tavaughn Bulgin, 21, were among four people who jumped from the so-called Jaws Bridge on Martha's Vineyard on Sunday night, according to a statement from the office of Cape and Islands District Attorney Michael O'Keefe.

While two people made it out of the water, the brothers began to struggle in the current and were unable to make it to shore, the statement said.

The Coast Guard, state police and local police responded to the scene and, at about 6:30 a.m. Monday, the body of Tavaris Bulgin was recovered.

Authorities returned to the scene Tuesday morning with a sidescan sonar device to resume the search for the body of the younger man, state police said.

But that search was suspended in the afternoon when conditions became too dangerous for divers.

“We will assess weather conditions on a day-by-day basis to determine when conditions are safe for divers to resume,” state police said.

The people who jumped in the water were seasonal workers at a restaurant on the resort island where much of the 1975 movie was filmed, state police said.

The bridge that links the towns of Oak Bluffs and Edgartown is officially the American Legion Memorial Bridge. It's common to see people jumping from the bridge even though there are signs up saying that such activity is prohibited.

The investigation is ongoing and no foul play is suspected, the district attorney's office said.