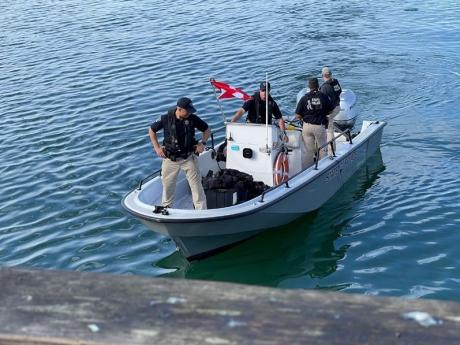 The search for Jamaican Tavaughn Bulgin who went missing after jumping from a bridge in Martha’s Vineyard, Massachusetts is still being undertaken by the Oak Bluff State police despite fears that he may have drowned.

The incident unfolded late Sunday night into early Monday morning when Tavaughn and his 26-year-old brother Tavaris along with others went for a swim after leaving work at Norman’s Restaurant, where they were seasonal workers.

Four jumped into the water and reportedly got into difficulties.

Two were recovered uninjured but the Bulgin brothers began struggling.

The body of Tavaris was recovered early Monday morning but his brother is still missing.

The matter remains under investigation by local police, State Police detectives assigned to the Cape & Islands District Attorney’s Office, and the Office of the Chief Medical Examiner.

The investigation thus far has not revealed anything suspicious and that there was foul play.

State Police spokesman David Procopio confirmed in an email that environmental police officers have deployed a sidescan sonar device in their search for the missing Jamaican.

“[The device] uses sound waves to detect objects or anomalies in the water column or on the ocean floor. If the device detects an anomaly, members of the State Police’s underwater recovery unit will determine what was found,” said Procopio.

“The overall area they have searched/are searching is very large, encompassing both the inlet on the land side of the bridge and the ocean on the seaward side,” Procopio noted.

Meanwhile, when contacted the Jamaican Consulate in New York said it is still investigating the matter and is awaiting details.