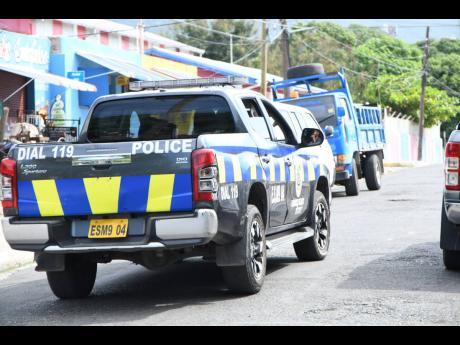 The police team could not leave the location with the two accused as a tyre of the service vehicle was reportedly slashed. -File photo

A father and his son who allegedly beat a policeman who sought to enforce the Noise Abatement Act earlier this month were granted bail when they appeared in the St Catherine Parish Court on Tuesday.

The 16-year-old is charged with assault occasioning bodily harm, resisting arrest and disorderly conduct while his father is accused of assaulting the police, disorderly conduct, malicious destruction of property and breaching the Noise Abatement Act.

Both are scheduled to reappear in court on September 27.

It's alleged that on August 4, a police team from the Linstead Police Station turned up at a location in response to an alleged breach of the noise law.

The police reportedly gave instructions for the music to be turned off.

While the team addressed the father, the allegedly enraged teenager punched one of the cops in the face, damaging one of his eyes.

The police team also could not leave the location with the two accused as a tyre of the service vehicle was reportedly slashed.

Reinforcement had to be called in.

The man and his son were eventually escorted to the police station where they were subsequently charged.