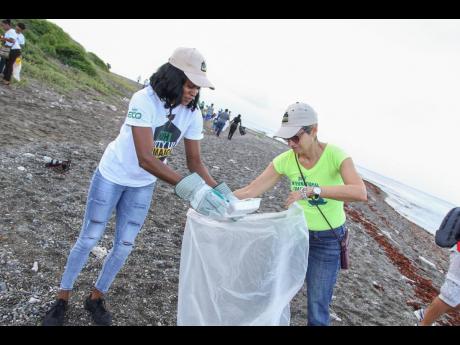 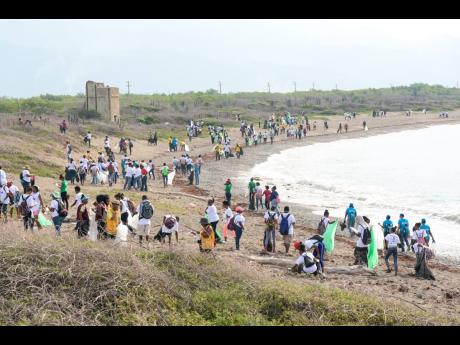 THE JAMAICA Environment Trust (JET) is shortly to launch the observation of International Coastal Clean-up (ICC) Day 2022, set for September 17 this year, as the world continues to grapple with the growing problem of marine and plastics pollution.

ICC has seen the mobilisation of people the world over to remove trash from beaches and waterways for more than 35 years. Since inception, more than 17 million volunteers from more than 150 countries have collected over 348 million pounds of trash.

Jamaica, for its part, joined the ICC in the mid-1990s. In 2008, JET assumed the role of national coordinator and, with the support of the Tourism Enhancement Fund as its primary donor, has attracted the participation of more than 9,000 local volunteers each year.

“ICC is not only an exercise in building environmental awareness; data is also gathered by volunteers on the types and quantities of waste collected from our beaches. The data, which is collected from site coordinators and tabulated by JET, is sent to the Ocean Conservancy in the USA, which then creates an annual marine debris report,” explains JET via its website, www.jamentrust.org.

“This report is used by the Ocean Conservancy in international lobbying efforts aimed at improving waste management practices globally, thereby reducing the impacts of marine debris on coastal ecosystems,” the entity added.

Marine litter and plastics pollution remain a clear and present danger, putting not only human health but also the health of the world’s oceans and seas in jeopardy.

“Despite current initiatives and efforts, the amount of plastics in the oceans has been estimated to be around 75-199 million tons ... Under a business-as-usual scenario and in the absence of necessary interventions, the amount of plastic waste entering aquatic ecosystems could nearly triple from some nine-14 million tons per year in 2016 to a projected 23-37 million tons per year by 2040,” reveals the 2021 United Nations Environment Programme report, ‘ From Pollution to Solution: A Global Assessment of Marine Litter and Plastic Pollution’.

The good news, the report notes, is that, among other things, technological advances and the growth of citizen science activities are improving detection of marine litter and plastic pollution”, though “consistency of measurements remain a challenge”.

At the same time, it said that there is a growing number of interventions to bring an end to marine litter and pollution.

“Cities, municipalities and large firms have been reducing waste flows to landfills; regulatory processes are expanding, driven by growing public pressure; and there has been an upsurge in local activism and local government actions, including kerbside collections, plastics recycling and community clean-ups. However, the current situation is a mixture of widely varying business practices and national regulatory and voluntary arrangements,” it said.