‘God vex with us’ 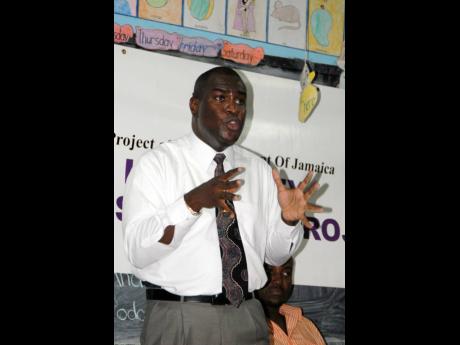 WESTERN BUREAU Henry McCurdy, a former police officer in the Jamaica Constabulary Force (JCF), has called on Jamaicans to repent of their sins in an effort to stop the spell of violence that is fuelling the current wave of murders. His call for...

Henry McCurdy, a former police officer in the Jamaica Constabulary Force (JCF), has called on Jamaicans to repent of their sins in an effort to stop the spell of violence that is fuelling the current wave of murders.

His call for the country to unshackle itself from the murderous spells comes as close to 1,000 murders have so far been recorded by the police with another four months to go before the end of 2022. Murders reported between January 1 and August 14 reached a high of 938. The police divisions of St James account for 129; St Catherine North, 92; St Andrew South, 82; Westmoreland, 86; and St Catherine South 77.

“Every morning you wake up there are killings – headless bodies, bodies in bags, freak accidents – foolish ways that people are dying,” said McCurdy, who resigned from the JCF at the rank of detective corporal in the St James Police Division.

Earlier this month the body of a correctional officer, Shannon ‘David’ Briscoe, 38, was found in a gully in the Seaview Gardens area of St Andrew. His body was discovered two days after he was reported missing on August 11.

In July, the police reported the discovery of three bodies with their throats slashed at a family home in Free Hill, St Ann.

The former PNP candidate for St James North Western told officers and supporters of the PNP at the just-concluded constituency conference for Dr Andre Haughton that the reason for the endless bloodletting is “God vex with us”.

“Comrades, I feel compelled to tell you, that where we have reached in our beloved Jamaica and our friendly city of Montego Bay, only Jesus Christ can take us back,” McCurdy proclaimed.

“We need to go as a country and seek repentance. We need to ask God to forgive us for all our sins and I am talking from the top to the bottom. That’s the only way we will come back to the glory days.”

McCurdy charged that there can only be one God, referencing Prime Minister Andrew Holness, who he said calls himself ‘Bro Gad’, a name reportedly given to him by a few teenagers who used the name while speaking about him.

“Whatever you call yourself, read between the lines. We can only have one God. It doesn’t matter how you spell it and pronounce it as god. God is watching us,” the much-respected and sought-after attorney-at-law said.

But the head of the Ark of the Covenant Holy Trinity Church, headquartered on Coke Street in Savanna-la-Mar, Westmoreland, Bishop O’Neal Russell, is not pleased with aspects of McCurdy’s pronouncement.

While he agrees that there is a need for the country to repent from its sins and let God’s way take centre stage in our lives, Russell said Holness has not declared himself the ‘God of Jamaica’.

“Prime Minister Andrew Holness, which I know he [McCurdy] was speaking of, did not call himself Bro Gad, he did not get up and say he is Bro Gad, the young people of Jamaica gave him the name,” Russell said in a Gleaner interview Tuesday.

“It doesn’t mean that he is God. They respect him because of the work that he is doing for Jamaica,” the bishop charged in defence of Holness.

Russell, who is a former violence interrupter under the umbrella of the Peace Management Initiative, argued that while the country’s murder rate is alarmingly high, many of those found dead were killed as a result of personal conflicts.

“There are motives behind the killings in Jamaica. People are not just found dead in tarpaulin, down a gully or in an abandoned house without a cause. People kill them because of motives,” the clergyman said.

As for the call to repentance, the bishop is singing from the same hymn sheet as McCurdy.

“We need to repent and ask God for mercy. Too much is happening and the youth are far from God. They need to stop glorifying others and other things such as images and worship God,” said Russell of Jamaica’s 11.5 per cent adolescent and youth population who are between the ages of 18 and 24 years old.

“Really and truly, too much killing is happening in Jamaica and we need to repent. We need to go down [on our knees] to God in sackcloth and ashes. We need to call three days of prayer and fasting, seeking God’s forgiveness. We need to get our actions grounded in Christ,” Russell added.