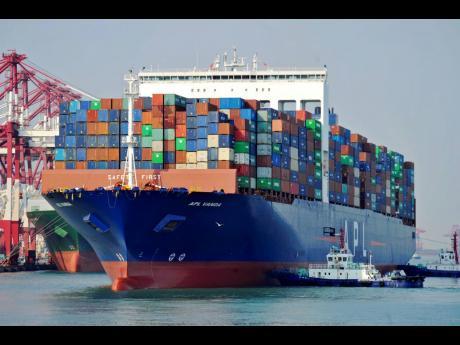 Ali warned that if not, the private sector would give the regional leaders “no other choice but to go extra regional".- File photo

“The leaders have made it very clear, we are willing to sit with such a consortium and come up with a menu of measures and incentives that will allow you the space to operate in a very viable manner and fixing the transport and logistic problem,” Ali told the opening ceremony of the three-day Regional Agri Investment Forum and Expo II.

“We cannot sit back in the private sector and expect that the government must create an environment all the time. The government is an enabler, it is an enabler…to open up the opportunities. We have to stop work in a selfish way in the region at every level and private sector need to come together, understand the scale of opportunity, scale their thinking up and go after the opportunity and put the pressure back on the heads in the region to say we are ready come on board and let us together form a partnership to solve this problem.”

Ali warned that if not, the private sector would give the regional leaders “no other choice but to go extra regional".

“You know I always say back home we like to gaffe a lot in the region. If we are to really move things forward it takes a collective approach and that is what we are pushing,” he said.

Barbados Prime Minister Mia Mottley said the region has to confront the difficult issues of transport with respect to the maritime and the air.

“Heads are working, but as I said at the beginning this is a work in progress and regrettably we have not yet reached the point where we can deal with this in a way that is necessary. We need to look at what air transport there is for the perishables and see how we can support the movement on it,” she added.

Trinidad and Tobago's Prime Minister Dr. Keith Rowley told the ceremony that the free movement of services, of produce, products and finance within CARICOM “which is not taking place is probably the greatest impediment to any change in our circumstances."

Rowley said that the region cannot continue to move at a “snail's pace or a molasses rate” to deal with the situation confronting the moves towards developing the region's agricultural sector, reminding the audience that during the coronavirus (COVID-19) pandemic “ we were trying to buy some basic foods and we were being told we are not taking your order".

“And even when it was available, preferentials were going to those who were better positioned than we were and the conditions of purchase had changed overnight…it was survival of the fittest and who had more corn feed more fowls”

Rowley said because of the systems that exist in supplying food to the world “one ship turn crossway in the Suez Canal and we here in Trinidad and Tobago cannot buy or put on the shelves what we need…and if that happens in Panama or the choke holds around the world we find ourselves starving because somebody was not doing their job on one ship”.

During their summit in Suriname in July, CARICOM leaders said they had considered the region's need for a significantly enhanced transportation system that can bolster food security and deepen regional integration.

The regional leaders welcomed an update from Mottley on advanced discussions with the United Arab Emirates regarding support for both a traditional ferry and fast ferry service for the region and noted that a related proposal from the Capital Abu Dhabi is being awaited.

According to the communique, the heads of government requested the Caribbean Development Bank (CDB) commence the proposed roadmap study on the factors needed for successfully establishing a fast ferry service for the transportation of agricultural produce – with an initial focus on trade between Guyana, Trinidad and Tobago, Grenada, and Barbados.

They agreed to establish a Working Group to provide oversight of the project which will include representatives from the Governments of Barbados, Grenada, Guyana and Trinidad and Tobago, as well as the CARICOM Secretariat, CARICOM Private Sector Organisation (CPSO), and the CDB.