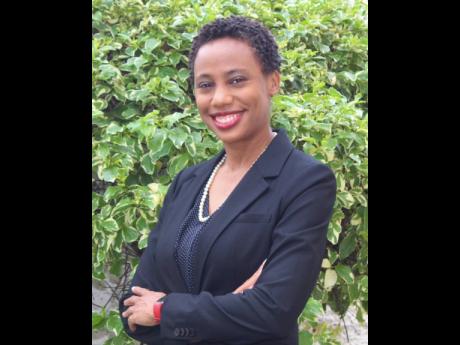 THE ALLIANCE of Small Island Developing States (AOSIS), including Jamaica, is lobbying to have loss and damage finance included as an agenda item at the upcoming global climate talks, as part of ongoing efforts to shore up readiness for climate impacts.

“Jamaica has been counted among the small island developing states calling for greater levels of climate finance specific to addressing loss and damage. The current climate finance architecture does not capture key areas relating to finance for addressing loss and damage (for example, displacement, loss of culture, etc). The Loss and Damage Finance Facility being called for is to plug this gap,” explained Le-Anne Roper, technical officer responsible for adaptation in Jamaica’s Climate Change Division (CCD) and the loss and damage coordinator for AOSIS.

Roper’s explanation comes in the wake of a release from AOSIS, championing the need for its inclusion.

“The operationalisation of a Loss and Damage Finance Facility is an urgent issue for SIDS that grapple with servicing loans to recover from extreme climate disasters and slow-onset impacts, at the cost of sustainable development. AOSIS is leading the charge to ensure that loss and damage finance is adopted as an official agenda item at COP27 climate negotiations,” said the August 11 release.

To strengthen their efforts, AOSIS – which has represented the interests of Jamaica and 38 other SIDs and low-lying coastal developing states in climate change and sustainable development negotiations since 1990 – earlier this month hosted regional virtual workshops for SIDS climate negotiators to begin drafting a framework for the Loss and Damage Finance Facility.

The jury is, however, still out on whether they will succeed in their efforts.

“Negotiations are very dynamic so it is difficult to predict whether we will success in our call. However, early indication from some developed countries suggest that such a facility may be considered favourably,” Roper told The Gleaner.

The CCD officer added that the compromise coming out of last year’s climate talks held in Glasgow, Scotland (26th sitting of the Conference of the Parties to the United Nations Framework Convention on Climate Change [COP26]) – when there was no consensus for a loss and damage finance facility was for the establishment of a Glasgow Dialogue.

“It was scheduled to be held during the first sessional period of the Subsidiary Bodies (SBs) each year, beginning with SB 56 held in June 2022, and ending in 2024. During the Dialogues in June, there was general consensus that gaps remain in the finance landscape with respect to loss and damage,” she said.

“However, views on whether a loss and damage finance facility is necessary were divergent. Added to this, there was a call from developing countries (Group of 77 and China) for an agenda item at the upcoming COP27 relating to financing arrangements for loss and damage. This proposal has, so far, been met with objection by many developed countries. It remains to be seen whether this will gain traction or result in delays to the start of the COP session,” Roper added.