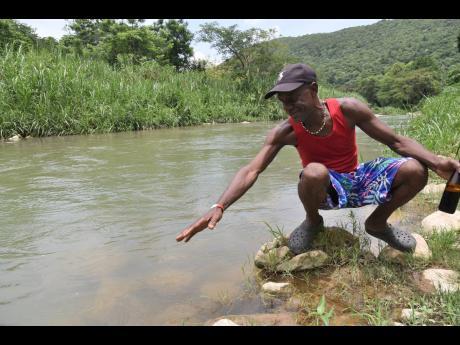 JET says in the interests of transparency, the notice of intention to suspend the permit should be posted on NEPA’s website. - File photo

The Jamaica Environment Trust (JET) is expressing concern about the lack of updates from the National Environment and Planning Agency (NEPA) following the toxic discharge from Windalco's effluent holding pond into the Rio Cobre, in St. Catherine, last month.

JET notes that following the contamination, NEPA, on August 5, outlined its planned actions, including the serving of a notice of intention to suspend Windalco's environmental permit and environmental licence.

NEPA also said it would draw down on the full amount of the environmental performance bond valued at US$771,558 and pursue prosecution against the company for the pollution incident.

JET further notes that the public was told that a meeting would be held with the company on August 8 and that Windalco had the right to appeal NEPA's decision.

However, JET says following this meeting very little update has been provided to the public on what has been agreed, next steps and what actions have been taken over the last four weeks.

“There needs to be greater transparency on this issue. There are a number of questions that the public would like answered, for example, how long does the Company have to make an appeal? Have they made an appeal and if so, what was the result?" JET's Chief Executive Officer, Dr. Theresa Rodriguez-Moodie, questioned in a media release Tuesday.

She further asked, "It is also our understanding that the amount needed to compensate those affected by this most recent incident is not adequately covered by the environmental performance bond, therefore who will have to pay? Will it be taxpayers who have to pay for the actions of Windalco?”

JET says in the interests of transparency, the notice of intention to suspend the permit should be posted on NEPA's website.

It also wants regular updates to be provided to the public, particularly with regard to compensation for the affected communities, details of how the bond funds will be used and the time frame in which it will be spent.